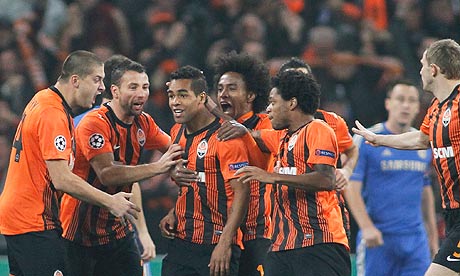 Manchester United travel over 2,000 miles on Wednesday to take on Shakhtar Donetsk in what will surely prove to be the toughest away trip of the group. United are in poor form and David Moyes is under pressure following a 2-1 home defeat to WBA last Saturday and a thumping 4-1 loss to Manchester City the previous Sunday. The United manager voiced concerns in the week that the English Champions are a fair few world class players short to challenge for Champions League honours, an opinion voiced by many fans who saw a number of botched transfer negotiations explode over the summer.

United have a chance to build on their 4-2 opening win against Bayern Leverkusen a few weeks ago. We caught up with a man who knows Shakhtar well and he discussed the highly rated Brazilian pair, Wellington Nem and Bernand, and what the fans think of United post Ferguson.

We caught up with Ukrainian football expert Oliver Auckland, who kindly answered a number of questions we threw at him. You can follow Oli on Twitter @oliauckland‎.

1) Shakhtar have won the Ukrainian title 7 times in the last 9 years, why have they been so dominant?

Rinat Akhmetov. Shakhtar Donetsk underwent drastic transformation in 1995 when Rinat Akhmetov assumed the role of club President after then President Oleskandr Bragin was assassinated in an explosion at Shakhtar Stadium during a football match. Akhmetov poured money in, built facilities and a new stadium, turning an average midtable side into perennial title challengers as they ousted Dynamo Kyiv from their perch. Whilst all of the other Ukrainian clubs were stuck in their Soviet ways, Akhmetov wasn’t afraid to go foreign, appointing Nevio Scala then Bernd Schuster as managers whilst Patrick Van Leeuwen became academy director and Manchester United’s very own Joe Palmer joined as an executive director of the marketing department. With an excellent scouting network and Mircea Lucescu as head coach, everything went right for Shakhtar.

2) They’ve become something of a conveyor belt for Brazilians coming to Europe, buying talents when they’re young and selling them on for a profit. Has it made it hard for the club to have a settled identity?

It’s helped that Mircea Lucescu has been head coach for nearly a decade now so the transitional period isn’t as turbulent as you’d find at clubs with a regularly turnover of managers. Although Donetsk doesn’t have a history of migrant South Americans, it’s a very diverse city with a large Jewish and North Caucasian population. The city was founded in the late 1800’s by John Hughes, a Welshman who was responsible for building coal mines in the region so the city already has a multi-cultural identity which works in the club’s favour. Akhmetov’s clever recruitment outside of the former USSR has made the club extremely accommodating.

3) The latest Brazilian imports include the highly rated Wellington Nem and Bernand, how have they both settled?

Wellington Nem only managed two games before requiring knee surgery so he’s barely featured. Despite being Shakhtar’s record signing, Bernard hasn’t featured much either, being limited to three appearances where he failed to play the 90 minutes in any of them. Bernard is taking his time to settle which fortunately isn’t that much of an issue as Shakthar have an abundance of attacking talent. Alex Teixeira and Douglas Costa have stepped up to fill the void left by Henrikh Mkhitaryan, especially the former who is having a brilliant season. It’s hard to say whether Bernard is feeling pressurised by his inflated transfer fee as his performances have been particularly underwhelming compared to the few occasions I saw him play for Atletico Mineiro.

4) How will Shakhtar line up against United and using what formation?

Silky skilled Brazilians in attack, industrious Europeans at the back and a nightmare in goal. I’d expect Lucescu to set Shakhtar up in their usual 4-2-3-1 formation. Hubschman will have his work cut out protecting his centre backs against Man Utd’s guile. The game should be very interesting considering both sides are currently struggling domestically. Shakhtar dropped points in key games to Metalist and Dnipro whilst being embarrassed by lowly Karpaty Lviv and narrowly avoiding defeat in the local derby against Metalurg Donetsk. Both sides are probably fearing the game as much as each other.

5) What does the Ukrainian public make of Manchester United now compared to when Ferguson was in charge?

The Ukrainian public is well schooled in how important a manager is to a club thanks to Valeriy Lobanovskiy and his taste for science and relationships between players. There are parallels between that and Sir Alex Ferguson’s ability to make championship winning sides out of squads vastly ranging in talent. It’s something that Moyes hasn’t had time to do yet and probably won’t be able to achieve. There’s plenty of Premier League coverage on Ukrainian television so the public is familiar with Man Utd’s situation and is aware of the decline of the veterans in the side. Robin Van Persie is the immediate threat especially as he’ll be up against the weaker link in the side, Kucher and Rakitskiy.

6) Who are the danger men that United must look out for and who do the Shakhtar fans fear the most?

As previously mentioned, Alex Teixeira and Douglas Costa have been the standout players so far this season for Shakhtar and they’ll cause Man Utd a lot of problems if Moyes plays Carrick and Fellaini in the centre of midfield. Although he hasn’t reached the level he was at when playing for Metalist, Taison will be a game changer, so I imagine Moyes will play one of his more defensive options at right back in Jones or Smalling to thwart him.

7) Do you think captain Darijo Srna will one day hold the record for most club appearances?

I believe he’s less than 100 appearances off Sokolovskiy’s record so he needs to play just under 3 full seasons. It’s very possible and would be a great moment for Shakhtar Donetsk. I have a love-hate relationship with Srna as I really cannot stand him as a player but have the utmost respect for him and think he’s up there with Phillip Lahm as one of the best right backs in the world.

8) Did Euro 2012 help the country financially and are there more kids playing football now?

After the anticipated increase in tourists and the Euro 2012 hangover wore off, there wasn’t much to show for it other than a handful of new stadiums, half renovated roads and a handful of high speed trains which are too expensive, break down and if anything have been detrimental to the usual service. If anyone profited in Ukraine then it would be the elite, other than that it’s barely noticeable to the common man. Ukrainian football is all about power and a number of clubs are effectively run by a few individuals. Over the past year one top flight club was liquidated, a handful from the 2nd tier too and two were unable to be promoted because of their financial situation. This meant that neither of the sides finishing in the relegation zone were relegated. A complete farce.

9) Just how good a manager is Mircea Lucescu?

Completely brilliant. I thought he’d move on this summer as there was interest from Italy where he has unfinished business but his and Akhmetov’s project has done Ukrainian football a lot of good. Because Shakhtar are undisputedly the best team in Ukraine and have walked the league for a number of years, progression in the Champions League is the yardstick for success at Shakhtar. It’s hard to tell just how good a side is if they’re facing teams who are Championship standard on a weekly basis but he’s made his side consistently good in Europe.

Donetsk is home to the longest bar in Eastern Europe. It’s situated in a bar called ‘Liverpool’. I’m sure there’s a good joke in there somewhere. 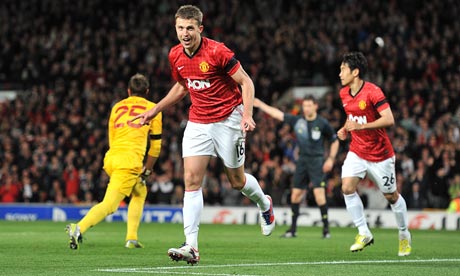 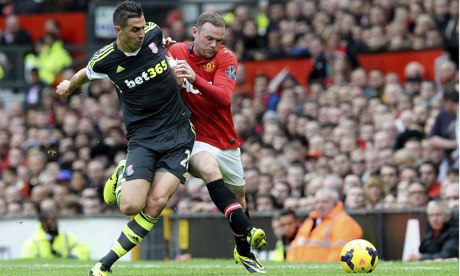 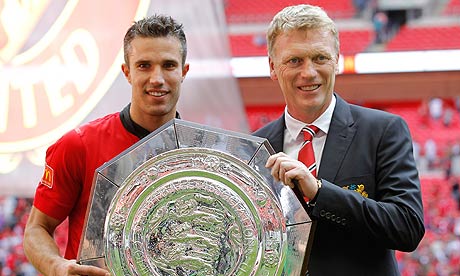