Crystal Palace came to Old Trafford as international football ended and the good stuff returned. They’re the first of the promoted teams United have faced this season and in some ways provided a bit of relief after the intensity of Anfield and with Man City to come next weekend. Palace were forced into one change with Mariappa starting whilst Moyes brought in Fabio, Anderson and Rooney (who had to wear a headband to protect the scabbing cut on his forehead). We welcome comments from both sets of fans.

Only one place to start and that’s with the first two substitutes, one making his United debut and one his league debut.

Fellaini was brought on with a little under half an hour to go. Although United were in control, as they had been all game, there was a sense that the midfield didn’t ever quite have a grasp on the game. Even Carrick, who still was picking out glorious passes and even introducing the odd turn, wasn’t quite up to his normal standards. With Anderson off, Fellaini sat deep allowing Carrick a bit more freedom to shirk his defensive responsibilities and focus on moving the ball around.

There’s no doubt that he made a difference, he got his body in the way of opposition players and won headers on a few occasions. It wasn’t necessarily the kind of game that required a physical presence but that he can offer some strength in that area was clear. Even on the ball he was solid, a few nice long passes, some sharp link-up play and one volleyed shot that had been neatly controlled. Most intriguingly, despite not being on the pitch that long, he saw a lot of the ball and played a pass every 42 seconds – more often than any other United player usually manages. One assumes Cleverley will return to the side midweek but Fellaini’s first start won’t be far away and there’s no doubt Moyes will want him in against City next weekend.

We saw plenty of Januzaj over the summer and he finally got a chance to show he was ready to do it in the league too. He came on a few minutes after Fellaini and clearly has earned the trust of the coaching staff as United were still only one goal ahead. There were certainly less risky options on the bench.

Deployed out on the left wing, not necessarily his favoured role, he wasn’t shy and quickly settled into doing what he did all last season for the U21s. He demanded the ball off his team-mates and ran at defenders, jinking in and out so he could get into a crossing or shooting position. His end product at times could have been better but that seemed irrelevant, that he was full of energy and was entertaining made a huge difference to the game.

There were moments of maturity too – one touch passing moves and clever movement. Being the kind of player he is, sticking in one place isn’t his thing so at times he was picking the ball up centrally off the centre backs. He ultimately won the free kick that Rooney converted to seal the game but even after that he wanted another chance and another goal. There were naturally moments of immaturity too, he has a tendency to either hold onto the ball too long or run himself into dead ends but they’re minor points. He may have to be patient in terms of getting other opportunities and there’s no doubt playing a newly promoted side with only ten men helped but he’s getting closer to being ready to start games.

Referee Jon Moss had a good game, pretty much all his decisions were correct with one pretty important exception. Ashley Young had picked up a loose pass and burst through onto goal when he was hauled down by Dikgacoi. Mr Moss awarded a penalty and showed Dikgacoi a red card although there was one issue, it seemed the foul took place outside the penalty area.

That there was a foul and that Dikgacoi had denied a goal scoring opportunity is unquestionable. Sure, there may be fans who think it was harsh on Palace but it was the correct decision and an important one to get right given that Young was already on a booking. Where United got lucky was in the awarding of a penalty over a free kick and Holloway can feel rightly aggrieved by that part of the decision process.

Everyone’s desperately looking for changes in how United play this season compared to under Alex Ferguson. As we’ve already seen, there’s definitely been an emphasis on pressing higher away from home but in general little’s changed. Those who say United are crying out for creativity in the middle have probably forgotten that they said the same thing last year and the year before. Similarly, the way today’s game panned out, it was reminiscent of many a games from recent years.

It seems to happen against the league’s weaker sides too – the slow start, lots of possession and plenty of territory but few chances. Sides come to Old Trafford to defend a draw rather than try to win first and foremost and Palace are no different in that respect. Their coaching staff tried to get them to press high in the first half but as United had the ball, their players naturally just sat deeper. The way such a game goes usually involves the away side tiring, United throwing on more attacking players and eventually getting a few goals in the second half. Or the away side makes a mistake which ended up happening in this game and in the end United could cruise the second half with de Gea not having to make a single save all game. There may be a new manager with some new coaches but with mostly the same players, changes are few and far between. Maybe at City next week we may see the biggest chance with potentially three genuine centre midfielders used together.

Some may have expected more of a ‘performance’ and thrashing with Palace coming to Old Trafford but Moyes made decent use of his squad and took it as an opportunity to give minutes to Fabio and Anderson. With Leverkusen, Man City and Liverpool all coming up in the space of eight days, getting Rooney through the full game was vital particularly with Welbeck having some knee trouble. Other important players also missed out: Jones, Rafael and Kagawa who had flu.

Although neither goal was from open play, that both strikers who started got a goal each is only a good thing. Add to that the substitute cameos, the clean sheet and the fact it was a win and it was a decent game from United. There’ll be much more to come and with Leverkusen in the Champions League on Tuesday, hopefully they’ll be on the end of a more intense and clinical performance. 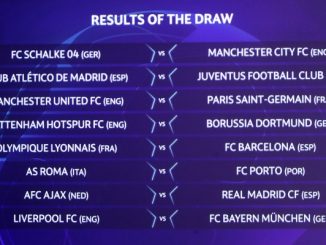 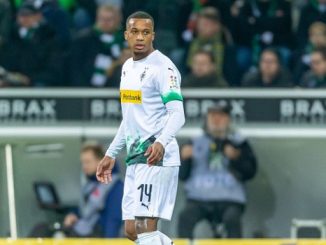