With the news that Robin van Persie is set to become a Man United player we’ve brought you the United point of view, so now it’s time to hear from a fan of the team he’s leaving. Peter Wood runs the excellent Arsenal blog, Le Grove, and he’s kindly agreed to answer a few questions. Be sure to follow the Twitter account for the blog if you enjoy the opinions of non-United fans.

We all know about van Persie, but having watched him closely for eight years are there any things about him as a player that may surprise United fans both in a good and bad way?

I’d love to say I’ve watched him closely for 8 years, but the truth of the matter is I haven’t. Most of those 8 years have been spent watching Robin nursing injuries. Does that sound bitter?

Okay, okay. Things you might not know about him…

He’s the best Arsenal captain since Patrick Vieira. He’s a leader both on the pitch and in the dressing room. He performed wonders for the team spirit last season and he basically carried us to third.

He’s also very versatile. Dennis Bergkamp to this day is insistent that his best position is in his old number 10 role. I’m not sure how Ferguson plans to use him, but wherever you end up slotting him in, you’ll get goals, assists and a 100% die for the cause attitude.

He also calls his right leg his chocolate leg… because it’s sweet I’m guessing? That or he’s got a horrendous skin pigmentation issue we’re not aware of.

Everything clicked for him because he’s a supremely talented footballer who found his fitness in a system that was built to showcase his skillset. From a United perspective he’s played 56 odd games without injury and the problems he had the two season prior were impact injuries. You’ve got great medical staff who will need to be on top of their game to keep him fit. If they do, I’ve no doubt he’ll kick on from where he left off. One quote you might not like was the one Colin Lewin (Arsenal medical man) delivered to me when I met him last season:

“We’re doing well with Robin, but make no mistake, he’ll get injured again. That’s just the way it is.”

Do you think he works best as a lone striker or with a partner?

We haven’t really seen him play too much with a partner. Don’t fix what ain’t broke. If you can plug him into your system as a lone striker, fantastic, he’ll bag you goals. I’d be quite interested to see what would happen if he was partnered with Wayne Rooney. They tend to cover the same space, so I wonder if there might be a clash?

Are you surprised that he wanted to leave and that it’s United he’s ended up at?

I’m not surprised he wanted to leave Arsenal. He’s 29 years old, we’re probably not quite there yet as a contender and for years Arsene Wenger has promised to give his talented players a platform to win trophies and ultimately, he’s failed them every summer. I’d love to think loyalty in football exists, but simply put, the only two ways you can command any sort of longevity when it comes to players is with money or trophies. Arsenal don’t have either at the moment. We’ve made some shrewd moves this summer… we’ve shown the ambition Robin wanted, but when it comes down to it, his mind was made up. The thing that makes me sick is that Arsenal are acting like an incredibly prudent bank. We shouldn’t be strengthening one of our fiercest rivals. But what choice was there in the end? Do you keep a miserable player and make a £25million point? Or do you take the money and spend it recruiting in other areas of the squad and use United’s money to topple them?

Do you think he’ll be a success at United?

If he stays fit. Of course he’ll be a success. He’s one of the most exciting players I’ve had the privilege of watching. It’s a big if though. Take out last season and look at the previous 4 seasons he managed 20 games a year. He’s getting older and the human body sadly doesn’t become more resistant to fatigue injuries. For me, he’d have been an exceptional re-sign for Arsenal, but from where I’m looking… he’s a short sighted mega gamble for United (£65million!). I’m pretty sure most Gooner’s would be spitting feathers if our manager had just purchased a risk that expensive. 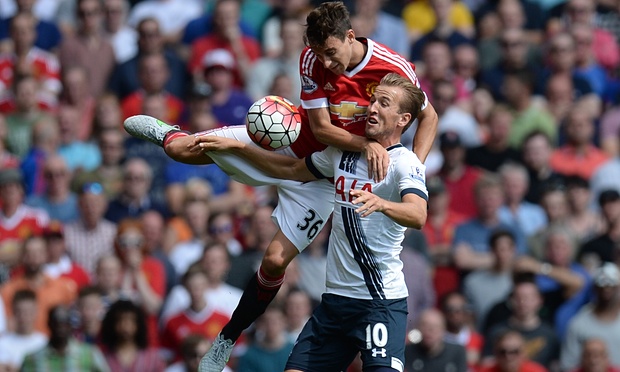