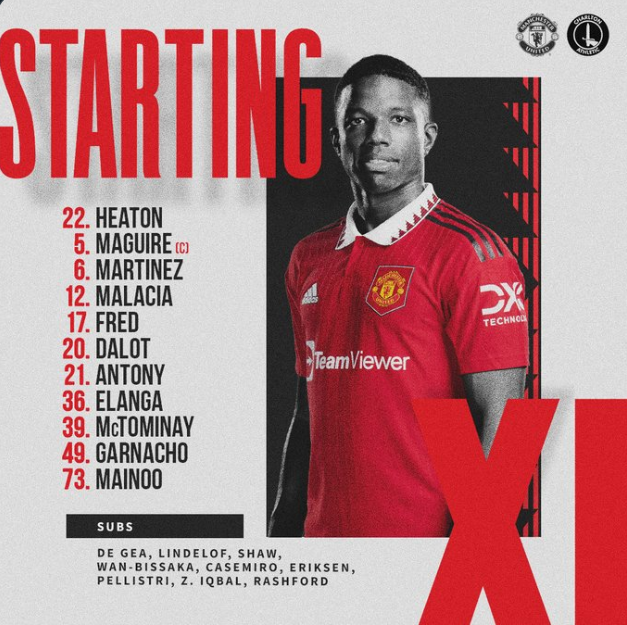 Manchester United are ready for the League Cup quarterfinal and Erik Ten Hag has made some changes to his team for the match against Charlton Athletic. The League One side will see in action the likes of Anthony Elanga as a centre-forward, Alejandro Garnacho as the left winger and most notably, the debut of Kobbie Mainoo, United’s attacking midfielder tonight. Antony starts on the right wing, while Fred and Scott McTominay make up the central midfield partnership. Harry Maguire captains the team, Tom Heaton gets the nod in goal, while Tyrell Malacia, Lisandro Martinez and Diogo Dalot all start in the back four.