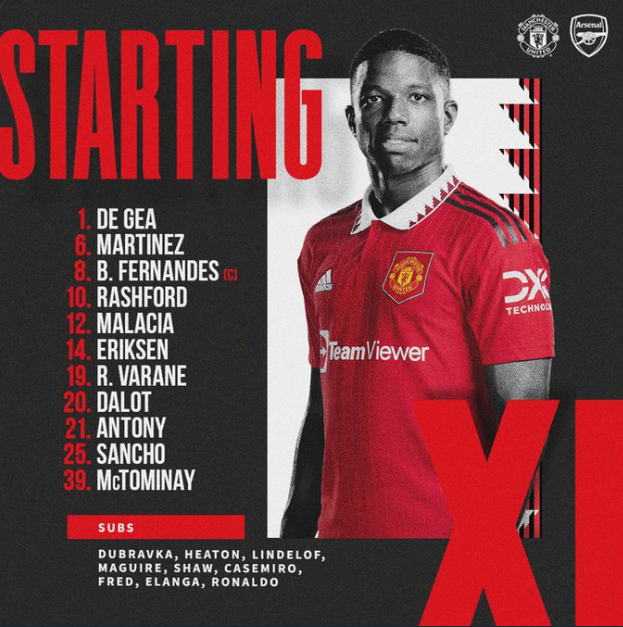 Manchester United are ready for the big clash against Arsenal and Erik ten Hag has chosen his starting 11. One big change is noticed in the lineup, as the only new player in the team compared to previous matches is the new signing Antony. The Brazilian who joined United in a 100 million euro deal in the final days of the summer transfer window will be starting on the right wing instead of Anthony Elanga. The likes of Cristiano Ronaldo and Harry Maguire are on the bench once more. David de Gea is in goal, with the back four consisting again of Dalot, Varane, Martinez and Malacia. McTominay and Eriksen are the central midfielders, Bruno Fernandes is the captain behind striker Marcus Rashford, while Jadon Sancho starts on the left wing once more.