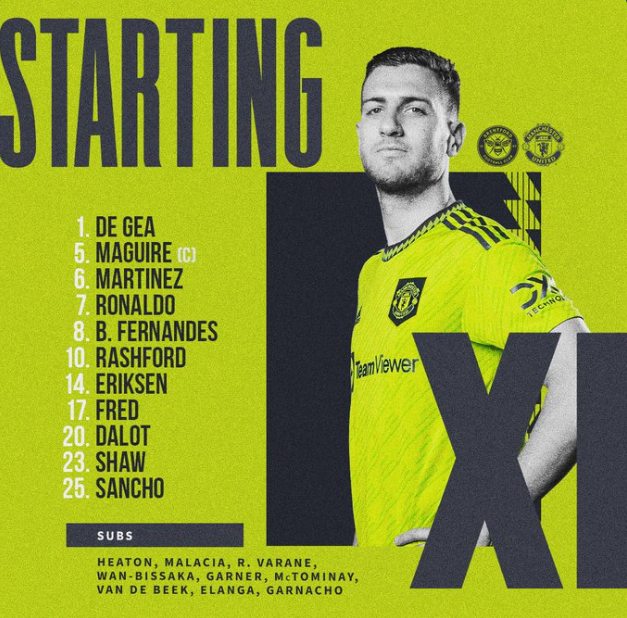 Manchester United are set to face Brentford in their second match of the new Premier League campaign. Erik ten Hag has decided to make some changes, as Cristiano Ronaldo returns to the starting lineup and will be the sole striker. He ultimately takes Scott McTominay’s place in the team, while Christian Eriksen will drop deeper into a more defensive role in midfield. Marcus Rashford and Jadon Sancho will be the two wingers, with Bruno Fernandes expectedly in between. Fred will be alongside Eriksen in midfield, while the back four remains unchanged. Dalot and Shaw are full-backs, Maguire captains the team with Lisandro Martinez being the other centre-back, while David de Gea is in goal.