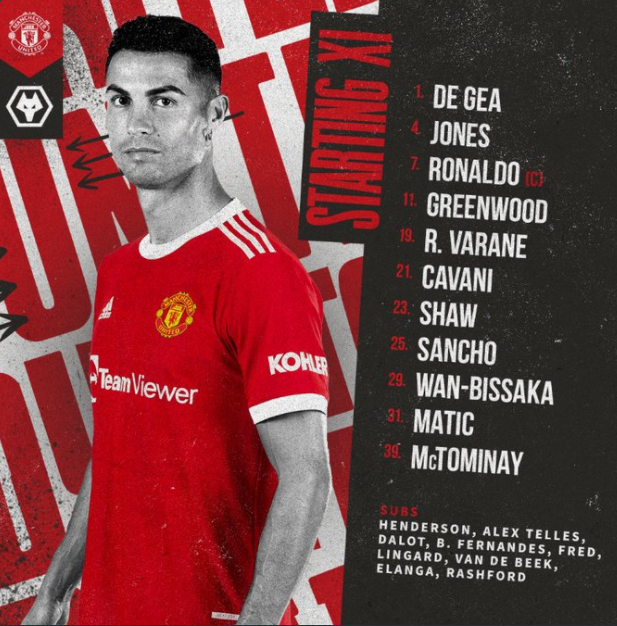 Manchester United are ready for their first match of 2022! Ralf Rangnick has announced his first starting lineup of the year, with a very interesting name in it – Phil Jones is back in the team! The central defender is starting for the first time in over 700 days and will play alongside Raphael Varane.

Wan-Bissaka and Luke Shaw will be playing on the flanks, with Nemanja Matic and Scott McTominay as the two holding midfielders. Greenwood and Sancho will provide cover for Edinson Cavani and captain Cristiano Ronaldo, as the German manager has once again opted for a 4-2-2-2 formation. Bruno Fernandes is on the bench this time.