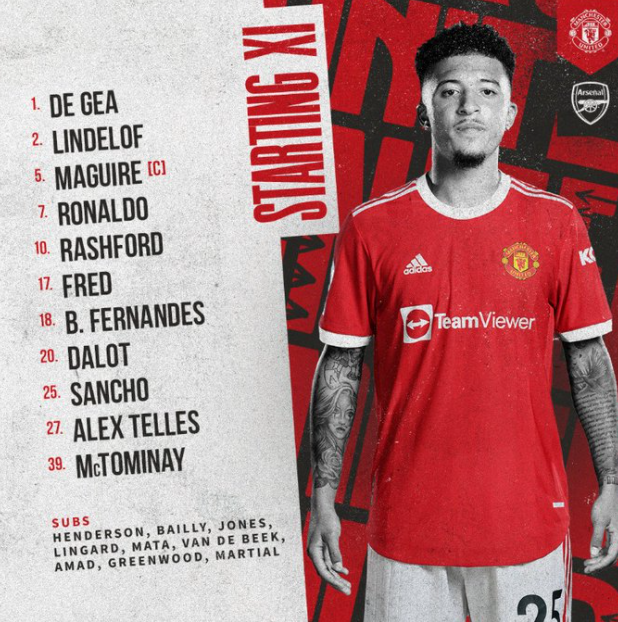 It is time for the big Premier League clash and this is the team Michael Carrick has opted for. We are back to 4-2-3-1, as David de Gea starts in goal. Harry Maguire is back in the team and will play alongside Victor Lindelof. Diogo Dalot gets the nod at right-back, while Alex Telles is still replacing Luke Shaw at the opposite flank. Fred and Scott McTominay are still the midfield partership, while it will be interesting to see Jadon Sancho and Marcus Rashford on the flanks. Obviously, Cristiano Ronaldo starts as the striker, with Bruno Fernandes just behind him.