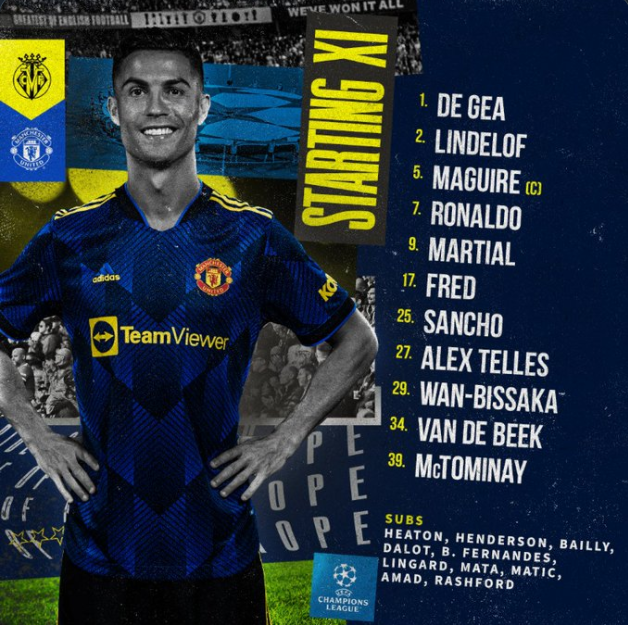 Here is the new Manchester United team – for the first time since Ole Gunnar Solskjaer was relieved of his duties, the Red Devils are about to play a match. Michael Carrick is in the interim manager role tonight, as he is expected to stay there for at least little while and this is his first starting lineup. There several changes to what we have been used to, as Donny van de Beek starts for the first time after a long wait. Fred and Scott McTominay are also there in the team, as well as Jadon Sancho on the right flank. Another new name in the team compared to recent matches is Anthony Martial, who is fit again, while Alex Telles is at left-back due to Luke Shaw’s injury. Obviously, Cristiano Ronaldo spearheads this team, while Bruno Fernandes remains on the bench.