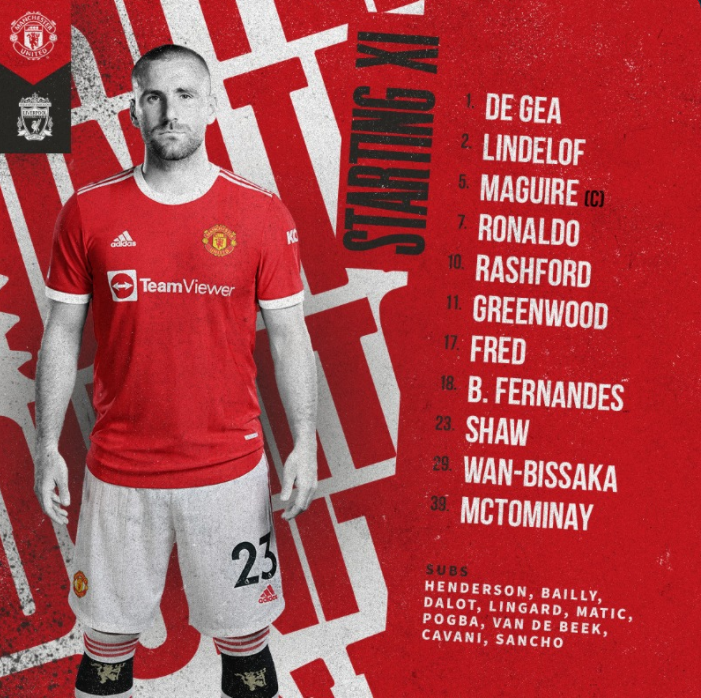 Here it is – the team Ole Gunnar Solskjaer has chosen for the big clash against Liverpool. After a great comeback win against Atalanta in the Champions League, Manchester United will want to keep up with the way they played in that second half and the team that will try to do it will not have Paul Pogba part of it. The Frenchman start on the bench, as Fred and Scott McTominay are the central midfield partnership, while Marcus Rashford and Mason Greenwood once again take up the positions at the wings. Cristiano Ronaldo spearheads the attack with Bruno Fernandes having his back.