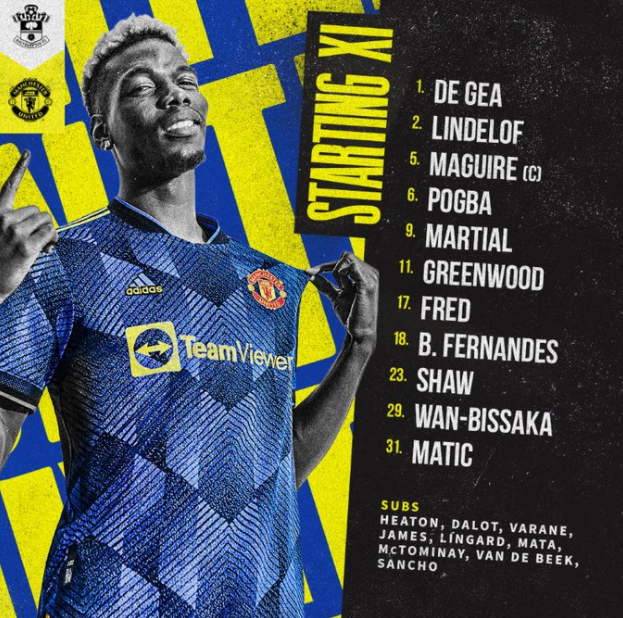 Manchester United have started their season so well last Saturday and they want to continue that against Southampton at the St Mary’s. Ole Gunnar Solskjaer has decided on his starting XI and there are some changes to the previous match. Most notably, Nemanja Matic gets the nod to start ahead of Scott McTominay, as the Serbian midfielder will be playing alongside Fred. David de Gea is in goal and the back four is the usual one – Aaron Wan-Bissaka and Luke Shaw as full-backs with Harry Maguire and Victor Lindelof in between them.

Paul Pogba is on the left wing, Maston Greenwood is on the right instead of Daniel James, while Bruno Fernandes gets to play in his usual role, but this time behind Anthony Martial.