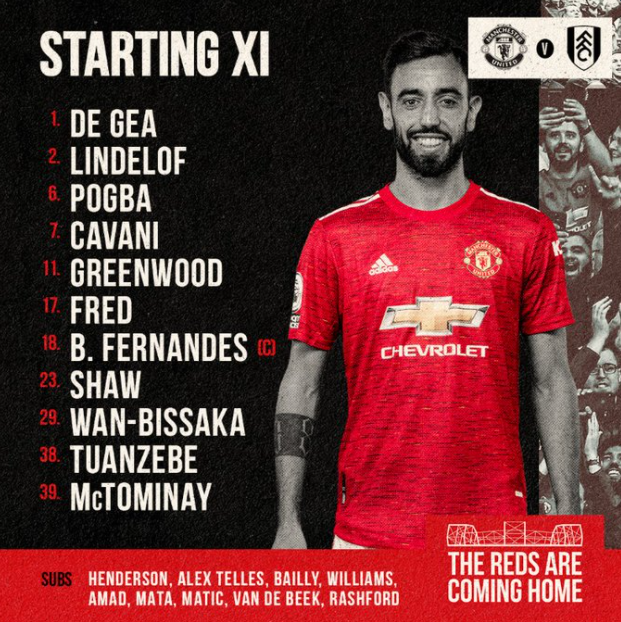 It is time for the final Premier League match at Old Trafford this season. Manchester United are hosting Fulham as they are slowly looking towards the Europa League final against Villarreal. Ole Gunnar Solskjear has chosen a strong side for the game against the Cottagers, with David de Gea returning to his place in goal in the league. Lindelof and Tuanzebe make the centre-back partnership, with Wan-Bissaka and Shaw as full-backs.

McTominay and Fred are the two central midfielders, while Mason Greenwood and Paul Pogba take their positions on the two wings. Bruno Fernandes is our playmaker, with Edinson Cavani playing as the sole striker in front of him.