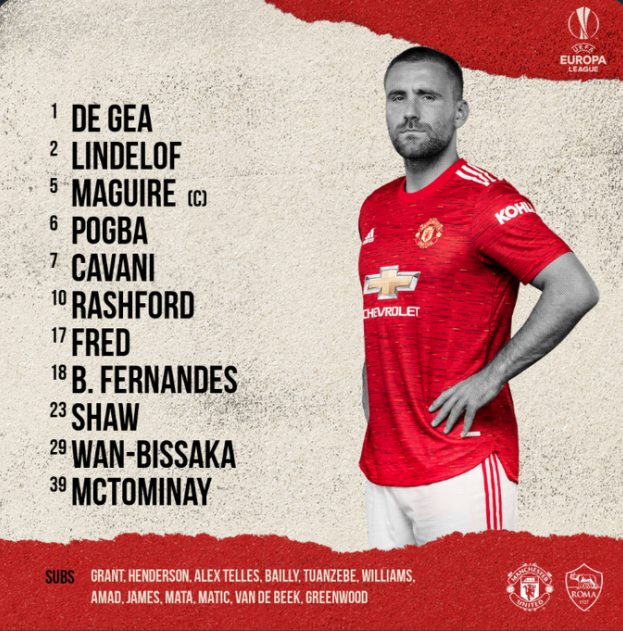 It is time for a big semi-final for the Red Devils. Manchester United are tonight hosting AS Roma in the first leg of the Europa League semi-final and this is the team Ole Gunnar Solskjaer has chosen. David de Gea is in goal as he is now the main goalkeeper for cup competitions, while the back four is the expected one of Wan-Bissaka and Shaw as full-backs and Lindelof and Maguire as the centre-backs.

Fred and Scott McTominay are the two central midfielders in front, Paul Pogba is to the left of them, while Marcus Rashford starts as the right winger. Of course, Bruno Fernandes is once more in his favourite and usual role, while Edinson Cavni starts as the sole striker.