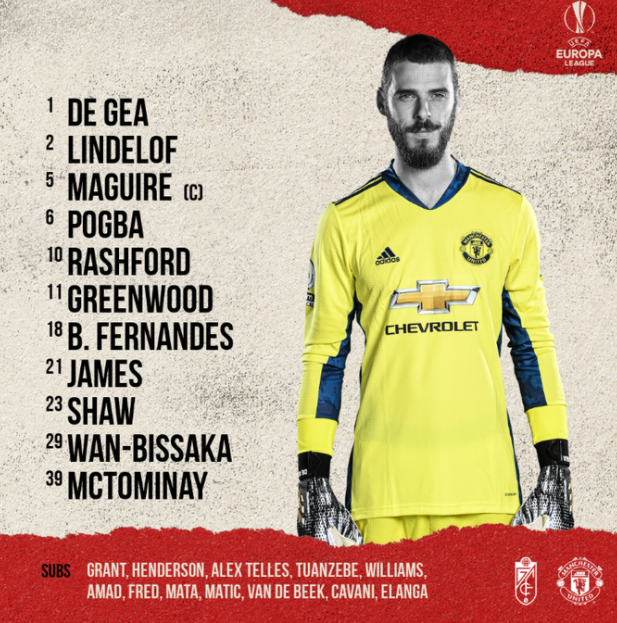 Manchester United are ready for Europa League challenges – the quarterfinals are next. Starting away at Granada, this is the team Ole Gunnar Solskjaer believes will bring a comfortable win to England ahead of the return leg next Thursday. David de Gea is finally back in goal for the Devils, after a prolonged period Dean Henderson had spent as the number one goalkeeper. In defence, there are no surprises with Maguire and Lindelof in-between Wan-Bissaka and Shaw, while it is Paul Pogba and Scott McTominay playing in front of the back four.

Daniel James gets his chance on the right wing, Marcus Rashford is on the left, with Bruno Fernandes staring behind Mason Greenwood. The youngster gets his chance to shine up front.