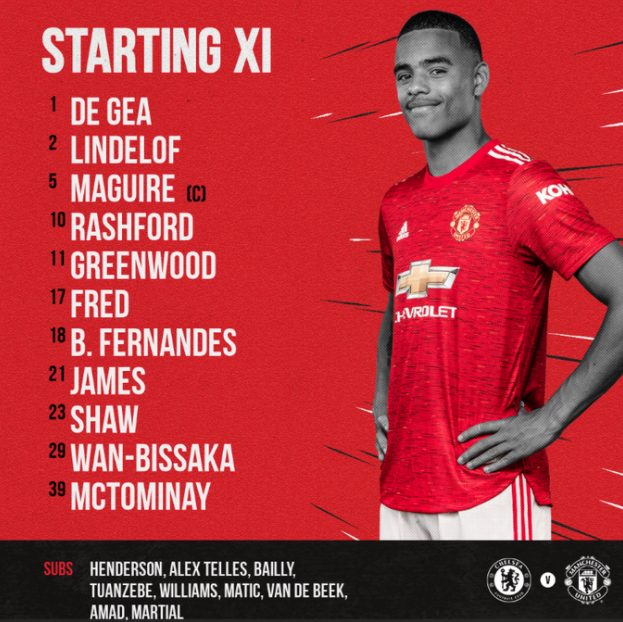 Manchester United are ready for the big clash! Ole Gunnar Solskjaer has decided on his starting XI for the match at Stamford Bridge at Chelsea. And it is a slightly unexpected lineup from the manager.

It is a 4-2-3-1 formation as always, but there are changes in attack that many have not expected. Mason Greenwood starts as the sole striker, ahead of Anthony Martial. Edinson Cavani is not ready to start and it was the Frenchman who was expected to take that spot. Due to Greenwood getting moved up front, Daniel James gets the nod at right wing.

Therefore, Marcus Rashford does not have to switch from his favoured left flank, while Scott McTominay and Fred play as the central midfield partnership, behind Bruno Fernandes.