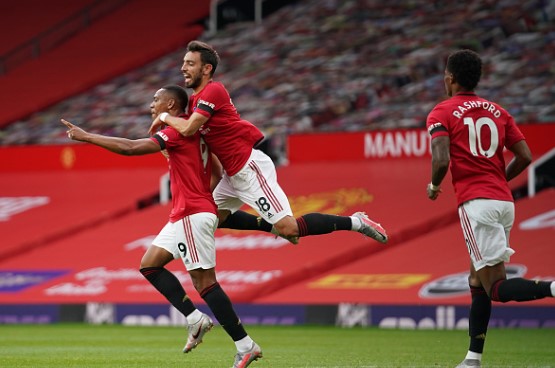 Manchester United are ready for an0ther big test. It is another Champions League night ahead for the Red Devils, as Paris Saint-Germain will be coming to Old Trafford on Wednesday night. Ole Gunnar Solskjaer will once again face the team his side has enjoyed playing in recent times. The last two times these two sides met, it was Solksjaer’s side who came on top, beating Thomas Tuchel’s champions of France on their own turf, on both occasions.

The first time, it was a job saving win for Solskjaer, as Man United shockingly progressed to the Champions League quarterfinals in 2019. That win ultimately made United appoint Solskjaer on a full-time basis. Earlier this season, it was 2-1 for Man United in Paris, with Devils starting their Champions League return in a perfect fashion.

Now it is time for another big clash.

This time Man United will try to keep their lead at the top of the group standings, as they sit three points ahead of both PSG and RB Leipzig, with two rounds to go.

There are several important news for Man United in terms of their personnel. David de Gea had to make way for Dean Henderson in the first half of the last weekend’s win against Southampton. But now De Gea will be expected t obe in goal, as he trained on Tuesday.

Also, Solskjaer will be able to count on both Anthony Martial and Paul Pogba. Martial is fine after his recent illness, while Pogba should make his 50th Champions League appearance following an ankle injury. Donny van de Beek also got a minor ankle problem against Southampton, but should be alright for Wednesday. The two players missing out are Luke Shaw (injury) and Axel Tuanzebe (one-match suspension).

As far as PSG are concerned, Marquinhos will be adoubt after he missed the last weekend’s draw against Bordeaux, while there are several others expected to miss out. Julian Draxler and Thilo Kehrer are among those, with Juan Bernat being the long-term absentee. Ander Herrera, Neymar and Kylian Mbappe are all ready for this game.

Manchester United are in great form, after they won four consecutive matches since their Champions League loss against Istanbul Basaksehir away in Turkey. PSG, on the other hand, have not been their usual selves. They have won just two of their last five maetches. After the 2-1 loss to Leipzig on the same night United lost in Turkey, PSG have only defeated Rennes in the Ligue 1 and also Leipzig in the reverse fixture in Paris. They also lost 3-2 to Monaco away from home and also drew against Bordeaux at home 2-2 last weekend. Despite all of that, they are still top of the league in France.

Manchester United will have a huge task in front of them on Wednesday night. The safest way to go about this match is to expect that both Manchester United and PSG will score at Old Trafford. Anything more than that would be too hard to call, but the Red Devils will definitely hope to once again get the better of the champions of France, especially if given space on counter-attack.