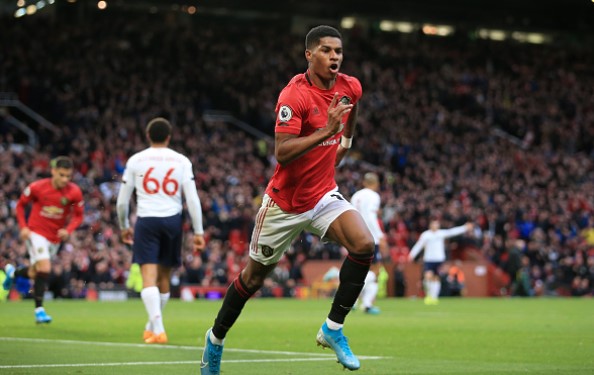 Manchester United have won their fourth consecutive match. After that 2-1 loss in Istanbul against Basaksehir more than a month ago, the Red Devils have gone on a streak of four wins, but of all of them, this last one was the toughest one to get. Southampton proved they are a team that knows what they are good at, Ralph Hasenhuttl has made them play some good football with seriously good results this season. But then again, a 2-0 lead was not enough for them, as they failed to contain Manchester United in the second half.

United’s 3-2 win will be a huge morale boost for all of the players, but also the manager himself. Ole Gunnar Solskjaer has made some good changes during the match and he will be happy the team responded like a team eager to win every single game. Man United might still be far from where they want to be, but this is a sign of a character which helped the team overcome a tough situation.

Manchester United defeated Southampton 3-2 on Sunday, but in the end the chances created during the match did not tell the same story. Man United created more and better chances, they went behind after two goals from low-scoring opportunities in xG and also Southampton were then not in the need to rush for goals after having a cushion of two goals. Therefore, Man United created 2.48 in expected goals, compared to Southampton’s mere 0.50 xG. But even with the expectations of half a goal scored, Southampton made the most of that Bednarek header and Ward-Prowse free-kick. United, on the other hand, had created a handful of chances in the middle of the box, which proved vital.

Cavani The Predator Does Everything Well

Edinson Cavani had shown against Saints he is a proper predator in the box, even at the age of 33. The Uruguayan striker did everything well after coming off the bench to replace Mason Greenwood. He made one key pass which turned out to be an assist for Bruno Fernandes’ goal, he was moving left and right, he even helped defensively with two clearances and one interception. But what he did in the box was what he is all about. Cavani made four shots, all four of which came from central areas of the box, something United were usually missing, especially when someone does that in just 42 minutes. In the end, Cavani scored twice, showcasing his instincts, sealing an important win.

Marcus Rashford did not play so well in the first half, he was also paired with Mason Greenwood who failed to make any impact at all, but in the end, Rashford showed how well he can adjust to a game, assisting Cavani for the match-winning goal. But what was interesting to see is how Rashford created four chances, all four of them coming from the left pocket, a space which stands between opposition’s right-back and right centre-back. That was were Walker-Peters and Vestergaard had issues and Rashford wisely used that pocket of space to be dangerous. It paid off.