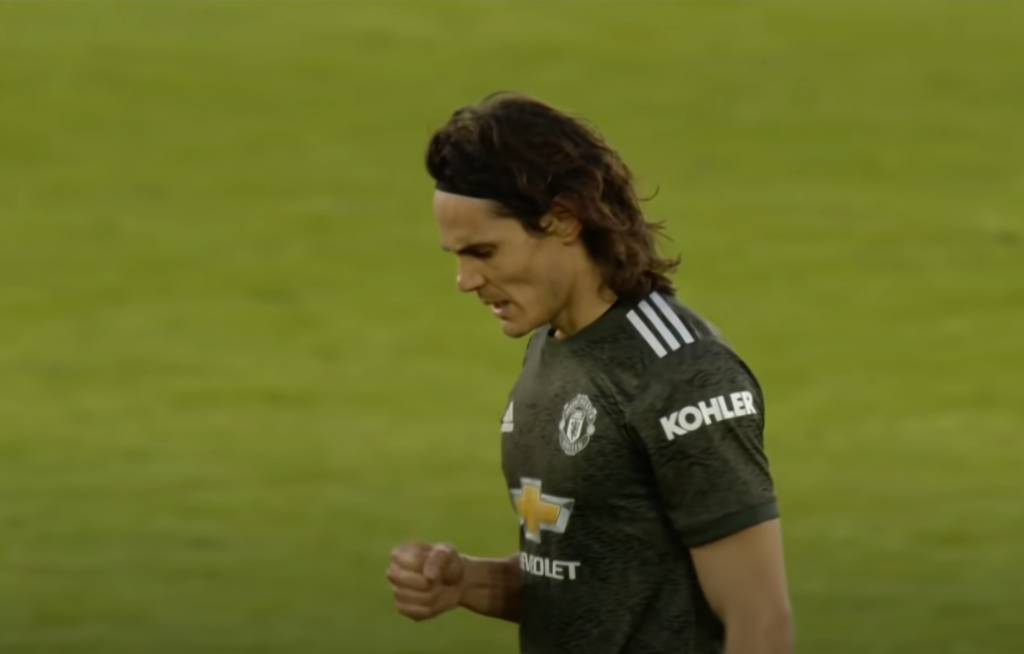 Manchester United knew their trip to the south coast was not going to be easy, but in the end they managed to get what they needed. The Red Devils defeated Southampton 3-2 after a tough second half turnaround. The Saints had an early 2-0 lead which made things really hard for Ole Gunnar Solskjaer’s team, but for the fourth time away from home this season, Man United managed to win after trailing.

Jan Bednarek and James Ward-Prowse scored their goals after just over 30 minutes of play, but United made a great comeback in the second half. Edinson Cavani was the true hero, as he first assisted Bruno Fernandes for United’s first goal, before scoring twice himself, snatching a late win at St Mary’s.

Here’s what we learned from this match.

Manchester United signed Edinson Cavani to have a quality, experienced striker in their ranks, something they lacked last season, and here he showed exactly just how much of a class striker the Uruguayan really is. He was brilliant in every regard, with his movements off the bal showing what a true striker is capable of, and also finishing and taking his chances with his usual ruthlessness. Cavani did all of those things after coming on from the bench. Sure, he is not at his peak at 33, but Cavani can still be a very important part of the team and also a massive opportunity for younger players to learn tricks of the trade from the former Napoli and PSG striker.

This Team Is Still Work In Progress

This is true in the wider sense of Man United still not being the completed side with all the pieces put in the team. But this is also true in a different way, in terms of current on the pitch performances. That was easy to see in how Donny van de Beek and Bruno Fernandes were failing to link up in some of the situations during the game. Van de Beek was often trying to create chances from cutbacks, which is something he is really good at, while Fernandes seemed as if he was never ready for that solution. But in general, that is not something that will be a problem – it is simply what happens when the players are still not completely in sync. That comes with time…

New problem emerged for Man United when David de Gea got injured trying to save James Ward-Prowse’s free kick goal. He had to be taken off and Dean Henderson came on in his place. And looking from this point of view, it now seems very smart that Manchester United decided to keep Henderson at the club. Now the Devils are without their number one choice goalkeeper and Henderson will be there to try and get the best out of that situation. This could be a huge learning curve for him. Henderson is still a young enough goalkeeper that he can wait for his chance to be the first choice, but also old enough to have experience that is necessary when he is called up to fill in.