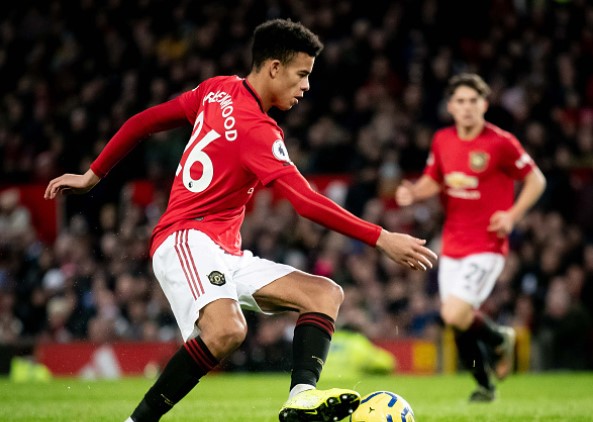 Manchester United did not manage to get another league win against Chelsea. This time, the match ended 0-0, in quite a boring affair, their first draw since both Ole Gunnar Solskjaer and Frank Lampard are the managers of the two sides. Last season the Devils won both times in the league as well as in the League Cup, while Chelsea only got one win – in the FA Cup semifinal. Now, they have a draw to add to that list and it will not be a match many will want to remember.

In fact, after talking about last night’s things we learned right after the match, now let’s take a look into some of the numbers and underlying metrics to analyse things further.

When you see the score 0-0, you are inclined to think the match was not interesting. And while that does not have to be the case, if you watched the match, you had the chance to actually see that be the case. And when you look at underlying numbers such as expected goals, you have no reason to think otherwise, either. Because the two sides failed to create a single big chance during those 90 minutes. Man United were the better side, but just slightly, “winning” this one on expected goals 0.7 to Chelsea’s 0.2 xG. That is really low, with their combined chances not even equalling to 1.00.

That paints a good picture of the match we had seen.

If United’s attacking display was not so quick nor was it very productive, at least things worked perfectly in defence. Chelsea opted for a 3-4-2-1 formation, something Antonio Conte used at Stamford Bridge, in order for Lampard to facilitate Kai Havertz and Christian Pulisic in behind Timo Werner. But Man United were defensively sound, restricting Chelsea to just six shots overall, none of them from ideal positions and one stat shows that even better. Chelsea made a total of just 10 touches inside the Man United’s box and even half of that came only through Pulisic. On the other hand, United made 20 such touches at the other end…

Fred Pressures But Not Much Comes Off It

Last night we spoke about the fact that Ole Gunnar Solskjaer should have probably used Donny van de Beek, especially in a match that lacked pretty much everything. We also said we were surprised Fred lasted for the full 90 minutes, considering he did not bring much to this team. Attacking-wise, he is never going to be the guy this team could rely upon and defensively he often lacks discipline. Even when his defensive game is okay, his attacking deficiencies come to the fore. Against Chelsea, he was energetic but without much success, making a really high 23 pressures during 90 minutes, but only winning the ball five times.

Greenwood Does Plenty In Eight Minutes

Mason Greenwood got a chance late on and he played just eight minutes, but it is really surprising how much he managed to do in those eight minutes. He attempted four dribbles in such a short time span, three of them at the edge of Chelsea’s box, trying to create something late on. He also made one key pass from the inside of Chelsea’s box, too, showing that there was some impact from him last night.