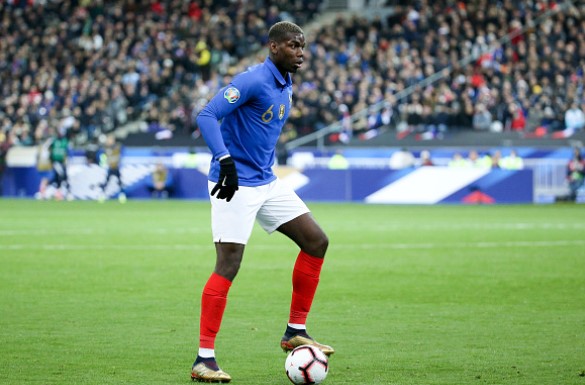 It is that time of the season again. Manchester United are on a short break, due to an international break. Many players have left the club to join their national sides and will not be back until Wednesday or even Thursday next week. With less things happening in Manchester, we will be diving in into the performances of our players for their national sides.

Some players did not play in the past few days due to their teams only meeting in friendly matches. That is what happened with Marcus Rashford and Harry Maguire, who did not feature in England’s 3-0 win against Wales. Also, Daniel James did not play for Wales in that match, with Ryan Giggs resting him for the Nations League clashes instead.

Netherlands played their first match since Frank de Boer took over the team from Ronald Koeman – who left for Barcelona post – and Donny van de Beek was in his team. However, the Netherlands lost 1-0 against Mexico, through Wolverhampton’s Raul Jimenez. Van de Beek played all 90 minutes as a central midfielder in a 4-2-3-1 formation and that could suit his match fitness.

On Wednesday, it was also France who played and they obliterated Ukraine 7-1! It was an incredible performance, with France getting into a 4-0 lead after just 39 minutes of play. Anthony Martial came off at half-time, giving his place to Kylian Mbappe, whilst Paul Pogba started from the bench, plazing the last half hour instead of Eduardo Camavinga. None of the two Man United players registered a goal or an assist, however.

Thursday was a great night for Scott McTominay! Our midfielder was in action in EURO 2020 play-offs, with Scotland playing their semifinal match at Hampden Park against Israel. It was not a great match overall from Scotland, with them failing to make a shot on target in the entire 120 minutes of football and Israel only managed to do so once. But when it got to penalties, Scotland were faultless.

Scott McTominay once again played as the right centre-back in a 3-4-1-2 formation, switching back from his usual position, but he did a good job. When penalties came, he was there to shoot and Man United midfielder scored his goal, to help Scotland reach the final of the EURO 2020 play-off. They will now play Serbia on 12 November in Belgrade for a place at the European Championship next year.

Eric Bailly is really unlucky. Man United centre-back just got back from injury and started playing regularly, but once again, he will have to recover. This time he got injured in Ivory Coast’s 1-1 draw against Belgium and Bailly had to be replaced after 70 minutes of play. Hopefully he will not have to be sidelined for a longer period of time.

And finally – David de Gea is the last player that played on international duty. That was tonight, in Spain’s 1-0 win against Switzerland in their Nations League match. It was not a tough match for De Gea, who only had to make one save and apart from that, it was mostly a calm match for Manchester United goalkeeper.