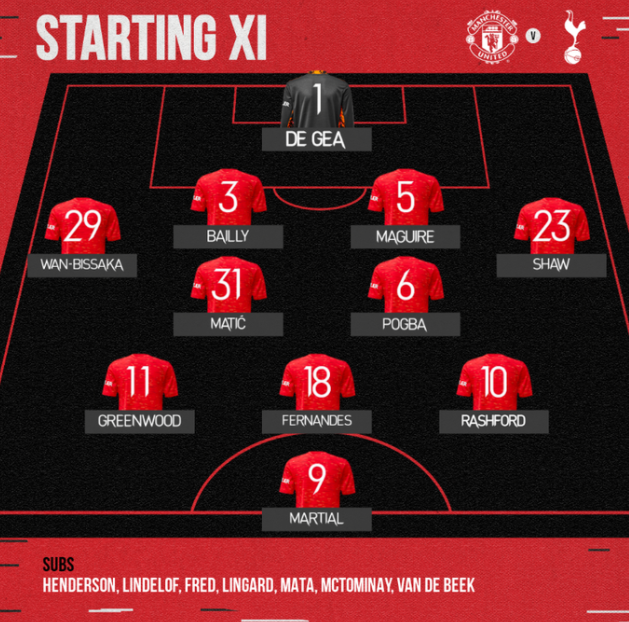 Here is the latest Manchester United starting XI. This is how the Red Devils will play against Tottenham Hotspur. Jose Mourinho’s team will face the strongest possible lineup at Old Trafford, as only Eric Bailly is in the starting XI from those players that have not been the first choice for the majority of time in the past.

He is partnered with Harry Maguire, with Nemanja Matic and Paul Pogba in front of them. Up top is the usual front four of Bruno Fernandes playing between Mason Greenwood on the right and Marcus Rashford on the left. Anthony Martial is in the ‘number 9’ role, as usual and at this point, Solskjaer could not have picked a stronger lineup.