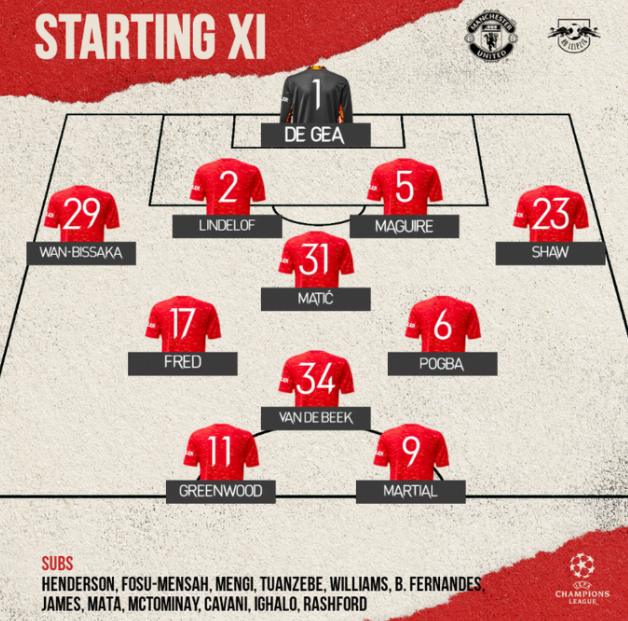 Manchester United are ready for a big match ahead! The Red Devils want to build on their strong start in the new season of the UEFA Champions League, following a 2-1 win in France against Paris Saint-Germain. This time, it is not the finalists of the last season’s competition that will be the rivals, but the semifinalists – RB Leipzig.

Ole Gunnar Solskjaer has decided on a different formation altogether in this match, choosing to play in a 4-4-2 diamond, or basically a 4-3-1-2 formation, however you wish. Donny van de Beek finally gets a start, while Nemanja Matic and Paul Pogba return to the starting XI after starting the last two on the bench. Also, Mason Greenwood is the one to start alongside Anthony Martial up front.