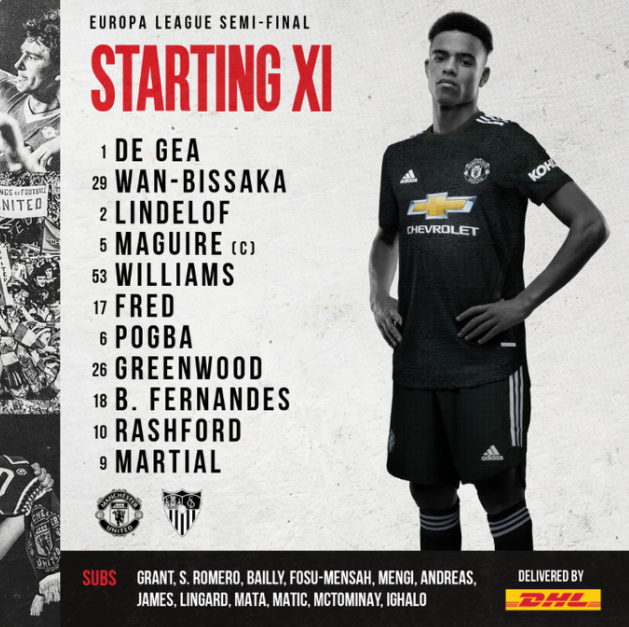 Manchester United are ready and here is the team that will tonight face off against Sevilla in the Europa League semifinal in Germany. Ole Gunnar Solskjaer decided to make certain changes compared to the quarter-final against Kobenhavn. David De Gea is back in goal instead of Sergio Romero, which is a bit of a surprise, considering the Argentine was the number one choice in this competition throughout the season.

Also, Victor Lindelof is in the starting XI alongside Harry Maguire, not Eric Bailly, whilst Fred gets the nod ahead of Nemanja Matic once again. The Serbian starts on the bench, whilst going forwards our strongest options are on the pitch – Paul Pogba, Bruno Fernandes, Mason Greenwood, Marcus Rashford and Anthony Martial.