Ole Gunnar Solskjaer has reverted to his classical 4-2-3-1 system ahead of Wednesday’s match against West Ham United.

The Red Devils will field Timothy Fosu-Mensah and Brandon Williams on the flanks, while Harry Maguire and Victor Lindelof will play at centre-back. Five former Academy players have cracked the starting XI, while two more — Jesse Lingard and Scott McTominay — are available off the bench.

The entire lineup goes as follows: 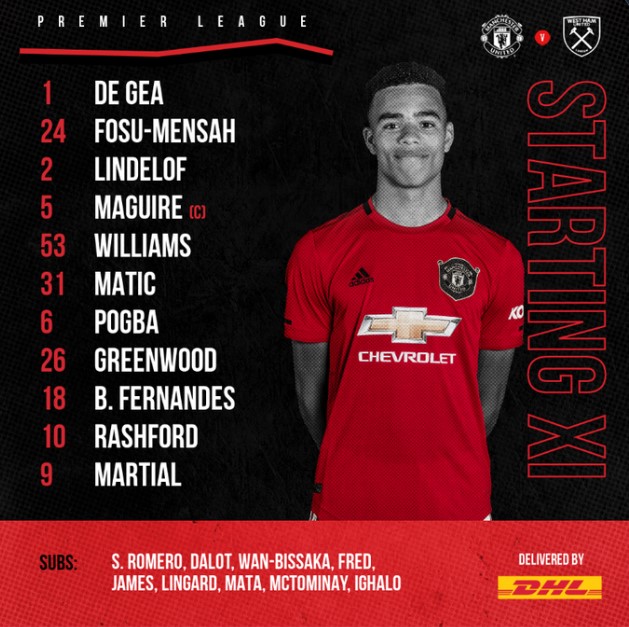