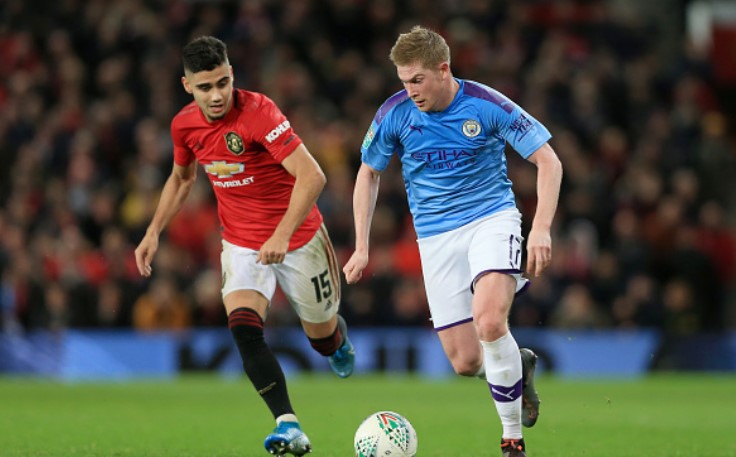 Manchester United are set to meet Manchester City for the fourth time this season. In recent years, this usually did not happen, but after a double header in the League Cup semifinal, the two teams will meet for the second time in the Premier League.

Ole Gunnar Solskjaer’s side is in good form, with six wins and three draws in the past nine matches and this could be ideal opportunity to reach the number ten. Sure, it will be far from easy, but it would also be sweeter if United stop City in their tracks ahead of the Europa League match against LASK from Austria.

So, when we talk Manchester City and their season, that is a unique story, particularly this year. They are still the current Premier League champions, but for months now, they have known they will lose the crown. After getting 198 points in the past two seasons in the league, it was always more likely for them to go downwards rather than the opposite way.

In the League Cup, they won the third consecutive trophy and in the FA Cup they still have a good chance of retaining it. Sure, the league might be lost, but that could be a blessing in disguise for Pep Guardiola, who can now concentrate on the Champions League. Yes, that is a tough task as well, but after beating Real Madrid 2-1 at Santiago Bernabeu, things are looking much better for them.

However, that whole situation about the ban from European competitions has made their season even weirder… Winning the Champions League is obviously their main goal this season.

This season, we have seen three Manchester Derbies already and Man United won two of them, both at the Etihad. The one Man City win was a truly painful one for Solskjaer’s team and that win was enough for Guardiola’s side to reach the League Cup final, which they ultimately won against Aston Villa.

In the league, last December, United won 2-1 and this could be a perfect chance for Devils to get the first league double win over city rivals since 2009-10.

It is fair to say, City have been the better team in that match, but that also City’s hopes of the third consecutive league title were destroyed that day they lost the derby.

When we talk of Man City’s recent form, that match against Real Madrid has a big part in the whole conversation. After that match, Guardiola said that his team was also lucky, but they played a very solid, if pragmatic match, unusual for their manager. Man City were more careful without the ball and after trailing, they managed to turn things around in five minutes and get an important win.

But even despite that, they have five consecutive wins, since that 2-0 loss to Tottenham Hotspur, and it looks like City are slowly getting into higher gears, especially now that the most important part of the campaign is coming.