Manchester United pushed their incredible undefeated streak to 10 games when they secured a big 2-0 win over Manchester City last weekend. Now, The Red Devils will try to get one step closer to the UEFA Europa League quarterfinals when they kick off their tie against LASK Linz, one of the biggest surprises of the competition thus far. This match will kick-off Thursday at 17:55 GMT, and it will be played behind closed doors due to coronavirus fears.

Manchester United manager Ole Gunnar Solskjaer confirmed Lee Grant, Paul Pogba and Marcus Rashford are out for this game, although Rashford and Pogba are getting closer to return. Diogo Dalot, Axel Tuanzebe and Timothy Fosu-Mensah are doubts, too. Star forward Anthony Martial has been ruled out after picking up an injury Sunday against The Citizens. This means either Odion Ighalo or Mason Greenwood will start upfront.

At the other hand, LASK Linz will be depleted defensively. Two defenders, Philip Wiesinger and Petar Filipovic, are suspended while full-back Marvin Potzmann is injured. Thomas Goiginger, who plays as a winger, has also been ruled out through injury. Last but not least, winger Husein Balic is doubtful and will reportedly be a game-time decision for the coaching staff.

The Red Devils enter this game fresh off a 2-0 win over Manchester City the last time out and, as explained above, they have gone undefeated in their last 10 matches in all competitions. Their UEFA Europa League campaign has been nothing short of excellent, either. They topped Group L over AZ Alkmaar, Partizan and Astana, and later dispatched Club Brugge in the Round of 32 with a convincing performance.

LASK Linz have been this year’s Cinderella in the Europa League. They reached the knockout stages after topping Group D, a zone that included Sporting CP, PSV Eindhoven and Rosenborg. LASK Linz later eliminated AZ Alkmaar in the Round of 32 with a 3-1 aggregate score. Their Austrian Bundesliga campaign has been solid as well. They sit at the top of the standings with 54 points and have a six-point edge over RB Salzburg in the title race.

What is our recent record against LASK Linz?

This will be the first match between these two sides. In fact, it will be LASK Linz’s first ever match against English opposition.

Manchester United are the better side by a wide margin. And their recent form should do nothing but boost their chances of getting a positive result. LASK Linz won’t be an easy opponent since they have pulled several shocking results so far in the Europa League. However, The Red Devils are riding a 10-game undefeated streak in all competitions. Plus, Solskjaer’s men are playing with a high level of confidence as well that will be too much for the home side. Manchester United should cruise their way towards a win solely based on their recent form. 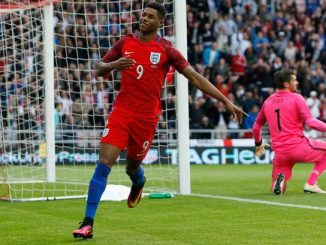 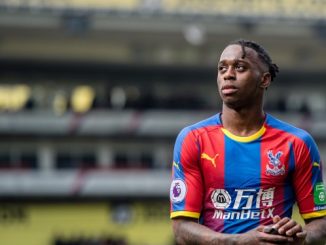