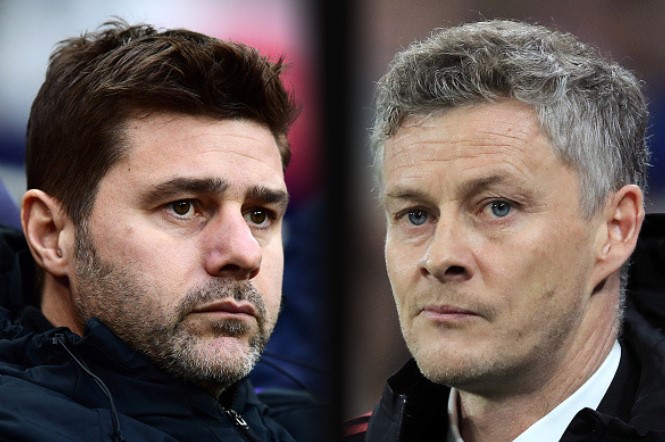 Manchester United are slowly preparing for their next challenge. That is Chelsea, who will be hosting the Devils after the winter break. United will have 16 days in between the two matches by then and the players are working hard before the crucial part of the season. Ole Gunnar Solskjaer has already stated he will look to build Odion Ighalo’s fitness as much as possible in these seven days and that he will be involved in the match.

He probably meant that the Nigerian striker will be on the bench in that match and possibly getting some minutes later on. That is a good thing. If Ighalo was already signed on loan, then make the most of it. Ighalo will be buzzing to get a chance and it will be interesting to see how things will pan out for him. Maybe that will be his debut.

However, we are going to talk about some other things today and they are related to transfer rumours and speculations.

Manchester United have had their chance to appoint Mauricio Pochettino and try to lure him to Old Trafford. They were not ready to wait until the summer of 2019 and they decided to give Solskjaer a permanent deal last March. For both United and Tottenham, that worked out well but only initially. Man United had a really good run of results whilst Solskjaer was caretaker manager and Spurs ended up in the Champions League final. However, since then things have not been great for either club and there are now again stories around the Argentinian and United possibly signing him.

That remains a bit unrealistic right now, simply because everything we have seen and heard from Man United’s boardroom – they have full faith in Solskjaer and his methods. Pochettino stated today in an interview that he would love to work in the Premier League. He said it is going to be difficult for that to happen, but that he is ready and waiting for a new challenge. He also said that he has the confidence that his next job will be fantastic.

Reading into those words, we could say that is perfectly going next to a name ‘Manchester United’. Duncan Castles also spoke on Transfers Podcast that Ed Woodward is keen to sign Mauricio Pochettino. He also said that conversations have taken place with Pochettino’s representatives, but right now, that is all just talk. We will have to see some clearer signs from Woodward and his crew that United actually do not want to continue with Solskjaer.

And the other story is that Jadon Sancho is still being targeted by Manchester United. The Mirror claim that the Devils are now in pole position ahead of Chelsea in pursuit of the young English star. Sancho has been phenomenal at Borussia Dortmund ever since he joined them and if any club in the world wants to sign him, they will have to pay a hefty price. But the Mirror claim United are ready to do so and they allegedly expect a bidding war.

This is all still just the usual talk from the media, but United would have to go after Sancho if there is even a slightest chance of getting him. He is a spectacular player any club would need.