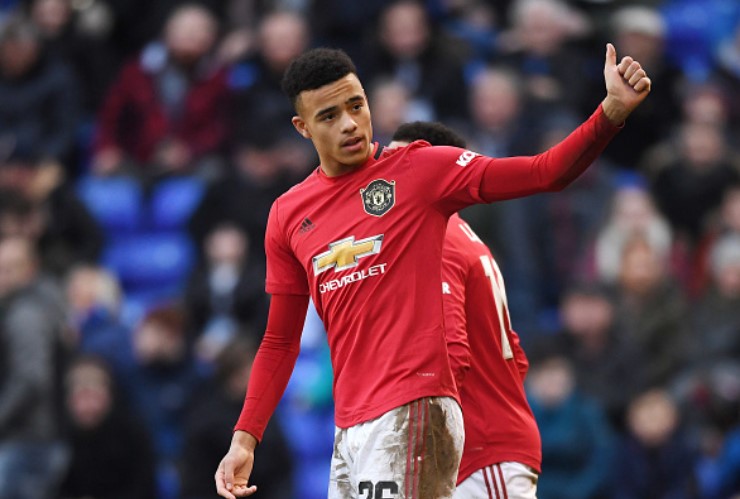 Manchester United are in a big need of signing at least one forward in the summer of 2020. The January window was not good, as the Devils signed Odion Ighalo on loan, with the Nigerian playing in China for the past three years. Now there are reports that Man United have enquired about Inter Milan’s Lautaro Martinez.

That does not seem like a realistic target and especially not now that they had been told they would have to pay the full price of the player’s release clause. That means United would have to pay 94 million pounds for him, after which the Devils have ended their interest in the player.

There would be no real reason for Martinez to make such a move and Inter know they are in a strong position. Still, it is good seeing United being linked with such forwards now…

Mason Greenwood Does Not Need An Agent

Mason Greenwood apparently does not want to have anything with player agencies. The story broke out that he has rejected numerous approaches from country’s top agencies, as he wanted to remain represented by his father. It is also important to mention that his family have a strong relationship with Manchester United. This is certainly a good sign for the player and tells a lot about his mindset.

The Change For The Transfer Window

There was a lot of talk about the summer transfer window in recent years and how the changes should be made to accommodate its end just before the start of the season. And then, English being English, they wanted to do it all on their own and then waiting for others to join them. Except that that did not happen, and expectedly so.

After seeing that they were doing more harm than good to themselves, the Premier League has announced that starting again from 2020, the summer transfer window will now be closing at 17.00 BST on 1st September. The experiment is done and it certainly did not work for England all on its own.

Angel Gomes Wanted To Go Out On Loan

Another story broke out today and it was about Angel Gomes. Apparently the youngster wanted to go out on loan to a Premier League club on deadline day of the January transfer window. However, that was never going to happen, due to his contract ending this coming summer and Man United are still in a dialogue with the player over a new contract. Still, it looks like Gomes’ representatives are underwhelmed by the terms the club are offering.

Man United could easily lose Gomes to free agency this summer if their offer is not improved, but then again, the club should definitely not be held hostage to the wishes of the player’s agents.

And the last but not the least – now we know when the Devils will play their next cup game. It was confirmed today that Manchester United will play their FA Cup fifth round tie at Derby on Thursday 5 March at 19.45. The match will be televised on BT.