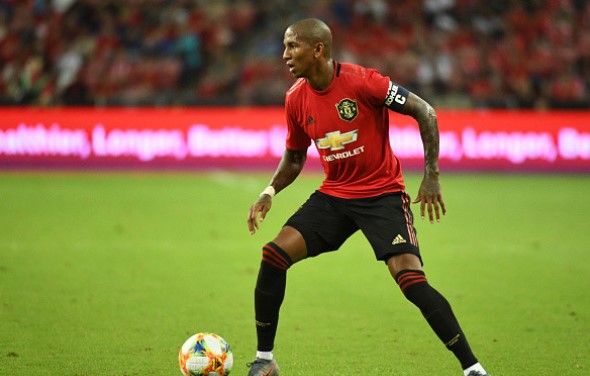 Manchester United are slowly recuperating from their comfortable 3-1 loss to Manchester City in League Cup semifinal first leg and the next opposition will be Norwich City. That will be a good opportunity for Ole Gunnar Solskjaer’s side to get back to their winning ways and earn some valuable points in the league.

However, before that Saturday match, we will be focusing on daily news and there have been plenty of things happening this Thursday. Let’s begin.

On Wednesday, it was first reported that Inter Milan have offered a contract to Ashley Young, Man United player who is in his final six months of the contract. That meant Inter were allowed to make a move directly to the player and strike a deal for the summer arrival.

But in the meantime, Young has rejected a one-year contract extension to remain at Old Trafford, because of a lack of playing time. Young is 34 years old and he hopes he will join the Serie A club this month. For that to happen, two clubs have to find a solution, but if it does not happen, he plans to sign for Inter in the summer when he will be a free agent.

Man United still do not know whether they want to let the player leave in January, but some media outlets even claim that Young, if he was to stay, would not want to play for Man United ever again or even feature on the matchday squad. This would be a big problem for United, as keeping him would prove to be a bad move. Ashley Young is, obviously, not worthy of a Man United shirt anymore…

Marouane Fellaini To Return To England

These news are not closely related to Manchester United, but Marouane Fellaini could be making a return to Premier League football just 12 months after leaving Old Trafford. You guessed correctly, Fellaini could be set to work with David Moyes for the third time.

Fellaini was Moyes’ first signing at Manchester United and club’s first signing in the post-Sir Alex Ferguson era. They also worked at Everton and Fellaini could now leave Shandong Luneng despite signing a lengthy contract with the Chinese side.

No Eriksen At United

Manchester United will not sign Christian Eriksen this month, sources in British media confirmed on Thursday, but on Thursday night it became truly apparent that such a move will probably never happen. The reason for that is that Fabrizio Romano reported Eriksen’s agent will be arriving in Milan during the night, as Inter are ready to make a contract bid to sign the Danish playmaker.

He is set to become a free agent during the summer and Inter will want to get there first to snap him up.

Recalling A Defender From Loan

It is now official: Manchester United have recalled Cameron Borthwick-Jackson from his loan at Tranmere Rovers, it was confirmed on Thursday. This was a logical move for the club, after yet more injuries in defence, with the latest happening to Phil Jones and Harry Maguire.