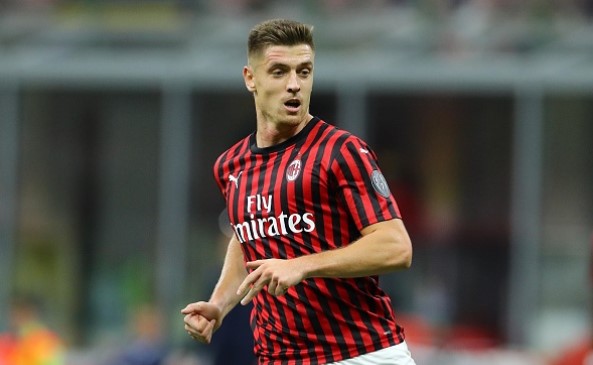 Manchester United have lost their big clash against Liverpool at Anfield, but one of the big talking points in regards to Ole Gunnar Solskjaer’s squad is the clear lack of attacking options. That has been the case since the summer, but now it is even more obvious, as Marcus Rashford is currently injured and could be out of action for the next two months or so.

That is a huge problem for Devils, who have been heavily relying on Rashford and his goals. Now, the club are in need of finding a striker fast and maybe even for a short term, in order to bridge the gap until the summer transfer window. That is why we are today looking at four players Man United should think about going after, whether that be for a full transfer or just a six-month loan.

Reportedly, Edinson Cavani has informed Paris Saint-Germain that he wants to leave the club this January, handing in a transfer request for that to happen. If that is really true, there is no real reason why United would not try and get hold of the Uruguayan goalscorer on an 18-month deal. That way, Cavani would accept to make the move at the age of 32 and United would not be overcommitting to him.

Cavani’s goalscoring record has been brilliant throughout his career and whilst he is not the player he was at his peak, he would still easily be the best goalscorer in this United side if he was to join. Ed Woodward and his associates should really think about him.

This one you maybe did not think about, but for a loan, it makes some sense. Paco Alcacer has not been playing at Borussia Dortmund much in the latter stages of the autumn and now with the arrival of Erling Braut Haaland (who scored a hat-trick on his Bundesliga debut with his first three shots at the club), that playing time could be even more limited.

Alcacer could be a sort of a wild card that could surprise teams in the short run. But that is what United would need anyway. It would not be a big risk deal, as United would then proceed to find other solutions in the summer.

Tottenham Hotspur have been trying to sign Piatek from AC Milan this winter, after Harry Kane got injured and it seems like that deal is being stalled right now. The reason for that is Milan, who want to sell the player for 30 million euros. But Man United would not really have to try to sign him outright. At 24, the Poland international still has a lot to improve in years to come and the Devils could try to get him on a six-month loan with an option to buy in the summer. Milan might be happy with that too, considering they have Rafael Leao and Zlatan Ibrahimovic up front.

This one is the most unrealistic of all. It is hard seeing Real Madrid actually letting go of Jovic on loan just six months after spending 60 million euros for his services. He is still a great striker, though.