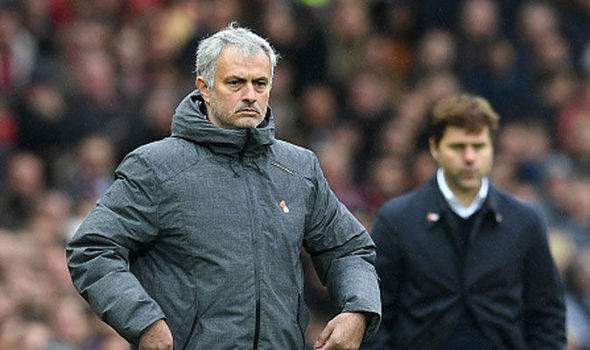 Manchester United are preparing for an important Premier League clash after winning just one point against two newly-promoted sides. After such poor results, it might not be the best idea to be in a bad need of points when you are about to play Jose Mourinho’s side and a very motivated one.

The Portuguese manager will be returning to Old Trafford for the first time since getting sacked 11 and a half months ago by the club. This will be his fourth match in Tottenham’s dugout and he will be even more motivated to get a good result against Man United.

How Are Tottenham Doing?

Looking overall – not so good. They played in their first ever Champions League final on 1 June and just over six months later that feels like it was ages ago. The club lost all the momentum it could have earned from such a brilliant achievement and since then they went on to start the season catastrophically.

Sure, they got to the next stage of the Champions League, but poor results in the league earned Mauricio Pochettino the sack and Mourinho came in. In the three matches he led this team, he won all three of them, but uncharacteristically of his teams, Spurs conceded two goals in each of those games.

That could be good news for Man United, but the bad news could be that the attacking players are looking more interested in scoring goals.

Spurs have overperformed their expected goals this season, but also underperformed at the other end of the pitch. That goes hand in hand with the small sample we have got from Mourinho’s reign and the Portuguese will have his work to do in the next few months. But the spirits at Spurs are much higher than a month ago.

Since Jose Mourinho took over at Spurs, many pundits have pointed out at the fact that this could be a big thing for Dele Alli. Tottenham’s attacking midfielder has not been at his best in the past 12 to 18 months and many have started thinking whether that has to do with his slightly changed role in Pochettino’s team.

But now that Mourinho is there, he could start improving. Jose knows how to get the best out of attacking midfielders, as we have seen in the past 15 years. In fact, that might be the most consistent thing about Jose’s career. Since Deco at Porto, with Lampard at Chelsea, Ozil at Real Madrid and even Jesse Lingard having the best season of his career under Mourinho, these players improved under the Portuguese. That could happen with Dele, who scored a brace last weekend.

Harry Kane is still the single most dangerous players Spurs have, even though Heung Min Son has made big strides in the past year. But Kane is not the same Kane he used to be. He is still getting into chances and having the best xG at Spurs, but he is shooting less than three times per 90 minutes, a stark contrast to his best days of over five shots per match.