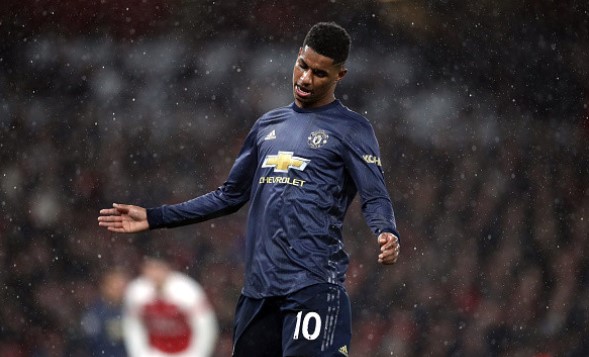 Manchester United are ‘zero from three’! In a week where they have played three matches, the Red Devils did not win in any one of the them, as they were beaten 1-0 at St James’ Park by a Newcastle side that was at that point in relegation zone.

The only goal was scored from distance by Matty Longstaff, the younger brother of Sean, who was linked with a move to Manchester United for the good part of the previous summer. Man United are now just two points off relegation zone, with just two wins from the first eight matches, scoring nine goals in the process, five since the opening day of the season.

Solskjaer Is Not Realistic

Ole Gunnar Solskjaer said after the match, in which his team once again failed to create a proper open-play chance throughout the 90 minutes that his team needs to continue working, training hard and winning football matches, because their goal remains finishing in top four.

Whilst that is all well and good to strive so high with such a poor team and performances, his comments were quite unrealistic if this is season is anything to go by. That quote does not go hand to hand in any way with the way this team has been playing and, in the end, has no real value and meaning. What does ‘we have to continue winning matches’ mean when you are unable to win in six of the first eight Premier League matches?

Once again, Man United were uninspiring in every possible way. That was in regards to the team that was on the pitch, in regards to the performance, but also the attitude, squad depth, body language, everything. Solskjaer has no clear ideas how he wants his team to play, those on the pitch look nowhere near the players that are supposed to fight for Champions League football. Juan Mata never seems to do anything these days, two central midfielders are never expected to offer anything to this team attacking-wise, whilst Marcus Rashford’s performances have been awful since that night in Paris.

Bruce To Get Some Time Now

On the other hand, Steve Bruce will get some time now with his team. With the international break, the next two weeks will be much more peaceful for him, as Newcastle’s victory has put them out of the relegation zone and made Everton there. Newcastle knew what they wanted to do here and that got them an important win.

This was the weakest performance we have seen from Daniel James since arriving from Swansea City. He was firing from all cylinders early on, but as we suggest, it was expected to see him slow down a bit. Today he was poor on the left flank, completing just 13 passes and making a single shot off target. He lost the ball a dozen times at least,  completed just one dribble and lost seven of his 11 duels. He will have better matches than this one.