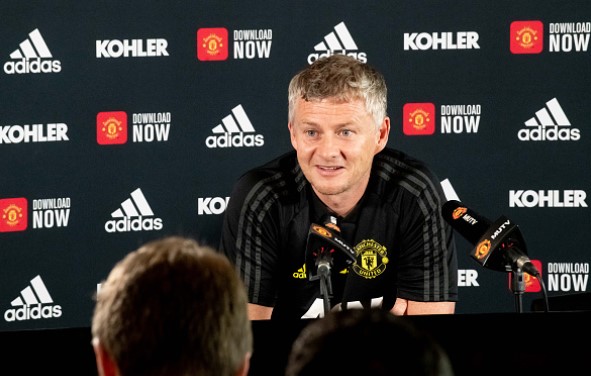 That time of the year when Man United are not playing is back. The Devils are now all around the world, on international duty, but in the meantime, quite a lot has been happening in England. This Thursday proved to be quite a busy day for those following Man United.

Manchester United are not going to sack Ole Gunnar Solskjaer if he loses the match against Liverpool. According to The Times, his job at Old Trafford is safe even if the club suffer a bad defeat in that match. The report suggests that the board members are determined to be patient with the manager, acknowledging the scale of the role he has taken on.

This should give some breathing space to Solskjaer, but it might not actually prove to be the case. Standing behind your decisions, as Solskjaer is, is a good thing, but it would not be the first time if board claims did not turn out to be completely true.

What is most important is for United to get a good result in that match and this move could help a little bit.

There are some news regarding shirt sponsorship. Manchester United are now searching for a new shirt sponsor, as the current one, Chevrolet, are highly unlikely to renew their deal with the club. At least, that is what The Mail are claiming and they are also reporting that Chevrolet have been thoroughly unimpressed with Man United’s performances since the shirt sponsor deal came into play in 2014.

That is not a big surprise, as Man United haven’t been able to stay in the top of English and European football since. One Europa League and one runners-up Premier League campaign is hardly good enough for their sponsorship. If that will mean that Man United board will be more serious about on-the-pitch action, then these are not so bad news.

Last summer, one of the big things everyone around Man United talked a lot about was the transfer policy. Man United were ready to sign young, British talent that is hungry to prove themselves. It looks like that will remain being the case.

According to The Times, are keen to continue with the summer policy of signing young players. They would be preferably British. The key for them would be youth and character, but the club are also looking to recruit players who are ‘humble but arrogant’, They will be expected to have respect for team-mates but self-belief under pressure.

What we could say to that is – wow, that is a lot of empty words at one place. Man United are one of the biggest and richest clubs in the world and it does not look right for them to look for players based on their nationality and ‘character’ first.

A lot of these words cannot truly be measured and are quite arbitrary terms which could lead to looking in the wrong places on the transfer market.