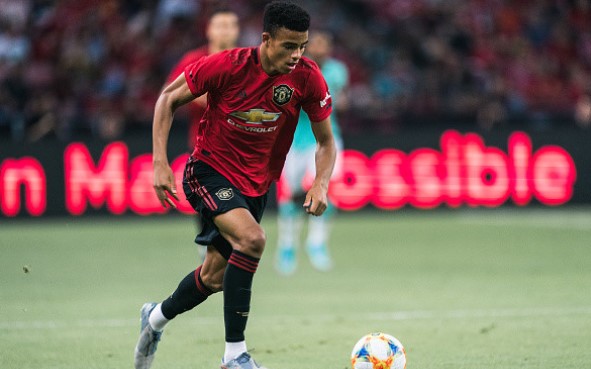 Manchester United have finally won in a Premier League match last weekend and all of a sudden the feeling around the club is better. David De Gea has signed a new contract with the Devils on Monday, which only made the mood even better.

Now the fans and pundits are talking about a plan behind this team, that will still take time to get to the way it should look like, but that is also going the right direction. While the 2019-20 season might not be the one in which we will see all of those positives, it is definitely the season in which the solid grounds should be put for the years to come.

However, this not-so-big squad will be starting their Europa League campaign this Thursday and this is where things are getting interesting. Another competition – just before another one starts for Man United next midweek – will mean more travel, more games and more strain on the team. That is where the consistency of the squad will be truly tested.

Play The Kids Against Astana

Manchester United will be playing the Kazakhstan side on Thursday night, as they will be meeting Astana in the first round of group stages. The Devils will be overwhelming favourites in this match, even though Astana are the team that were drawn into this group from the Pot 2. For a reason Astana are not expected to get through this group, past either Partizan or AZ Alkmaar.

The team should nevertheless be careful, but Man United have enough quality to win even with a different squad. And Ole Gunnar Solskjaer should definitely rotate the team for this game. There are reports saying that Mason Greenwood is expected to start the match for Man United and maybe there should be some other changes too. Tahith Chong is the favourite of many fans and why not? This could be the match to do that – alongside that game against Rochdale that is coming up soon.

Man United do not have a big squad and Solskjaer needs to rationalize the playing time of all the players he has at disposal.

Another question that could be asked is whether David De Gea or Sergio Romero will be in goal. De Gea signed a new deal and there is definitely a fell-good factor around him – not only because of the new deal, but also because of his improving performances this season.

On the other hand, Romero is not going to play much this season anyway, so Astana could be a good game for him. Leave De Gea out of the matchday squad, give him a day off and enjoy Romero’s performance. He could do with a good game in front of the fans at Old Trafford.

Have West Ham In Mind

Solskjaer should also think about the weekend, even though thinking ahead is not something that should become your habit. On Sunday, Man United will travel to London to play West Ham and a consecutive win in the league will be needed. Beating Astana is still a priority, but that could be done with some of the first-teamers getting a rest.