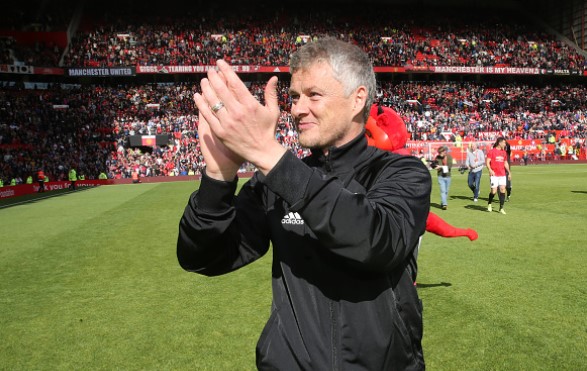 Manchester United are set to start their UEFA Europa League campaign on Thursday night. Astana will be in town, as the Kazakh side are poised to do well at Old Trafford.

In a group that will see the two sides also play with Partizan Belgrade and AZ Alkmaar, Man United are clear and obvious favourites to finish top of group L. So what should be expected of Man United from the entirety of this European campaign, not just tomorrow night?

Ever since it became that Manchester United will not play in the Champions League, it went without saying that one of the goals in the 2019-20 season should be winning Europa League. With such expectations of this competition, there is only one outcome which will make everyone happy. But will winning Europa League be as easy as it is to say that is the goal that ‘must be achieved’?

Obviously the answer here is a simple ‘no’. Man United will have to meet some really good sides if they are to win the whole thing, probably tougher sides than in 2017 when Mourinho’s Devils did exactly that. Sevilla, Arsenal, Porto, Roma and Eintracht Frankfurt are all in the competition and from February there will be another eight teams joining from the Champions League. In recent years teams joining from that competition were Napoli, Valencia, Borussia Dortmund… There will be tough oppositions on the way to the final in Gdansk.

We have mentioned this previously and we are probably going to keep repeating it in the future. That is mostly because we really believe in this. Man United should show that they have enough quality in this squad to offer some valuable minutes to youngsters.

Players like Mason Greenwood, Tahith Chong and Axel Tuanzebe could really do with some playing time. Ole Gunnar Solskjaer should definitely not make huge rotations in that regard and underestimate oppositions, but giving one or two spots to youngsters to either start or repeatedly come on as substitutes could do a world of good for them.

Even if there are some mistakes, this team should be good enough to cope, especially against sides like Astana. It should not be forgotten that for every youngster getting a chance, there is another positive in a senior player getting some needed rest. This will be a good season and let’s have everyone involved as much as possible. We do not want to see United tiring in the final stages of the season.

And last but not the least, Man United should have fun in this competition. Youthful and energetic performances could make this cup run really interesting for both the fans and the players. This team should enjoy their time and offer a complete contrast to the last season’s Champions League campaign, at least comparing it to the group stages.

Man United’s matches against Juventus, Valencia and Young Boys did not offer much thrill and many fans were happy once the group stages ended just because they ended, as matches even the home match against Swiss champions was terribly dull.