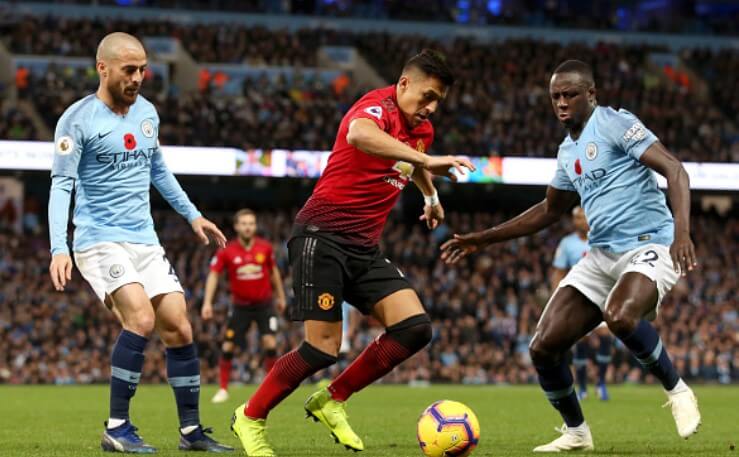 After two matches at Copa America, Alexis Sanchez has two goals and one assist to his name and already started the talks of him potentially returning to his best. Whether that will be the case or not, the player himself spoke to media in Brazil that it is easier playing for his country.

“When I play for my country, I’m always playing happy. I twisted my ankle. I kept playing for the love I have for this national team. I have always had the enthusiasm to play but in England I’ve been given few opportunities lately. But I’m relaxed, because representing your country is the most beautiful thing there is”, Sanchez said.

The rumours are already in full swing that Ed Woodward is looking for every possible way to get rid of the Chilean star and his mammoth salary. One of the ways to do it would be to subsidise part of his salary at his new club, just in order to sell him. However, it looks like there are only clubs from South America and China interested in him.

“He has the motivation, affection and some relationships that he has in the national team and maybe he didn’t have them in Manchester. He arrived at a difficult, inopportune moment, perhaps in the most unbalanced United in years. He does not have the structure he has here. He has also had injuries, he’s lacked consistency, he has lacked continuity. We have done brilliant work with him, we have given him a lot of warmth, which is what he needs”, Rueda concluded.

And it looks like he has a point for most of the points he made.

Richard Hartis has been appointed as senior goalkeeping coach at Manchester United. He spoke for Man United’s official website about his new position.

“I am delighted to have the opportunity to return to Manchester United; a club that I know very well. I have a great relationship with Ole and I fully understand his philosophy; the chance to work with him again is really exciting. David, Sergio, Lee and Dean are an excellent group of goalkeepers and I am also looking forward to working with Emilio and the rest of the goalkeeping coaches to develop the immense talent at the club”, Hartis said.

And finally, it looks like the Matthijs de Ligt saga will be soon concluded! After months of rumours, stories and insider information, after several clubs were mentioned and linked with him, the Dutch centre-back seems to be very close to joining Juventus.

Di Marzio claim that this transfer will happen, mentioned its worth of 62 million pounds and a salary that could be between 15 and 20 million euros. Man United were initially mentioned alongside Barcelona, but the two clubs were then changed for Paris Saint-Germain and Juventus.

If the Old Lady actually bring him to Turin, it may be another case in point of why Juventus will not sign Paul Pogba this summer. Spending this much money on him could make all the much harder for them to pursue Man United’s midfielder.