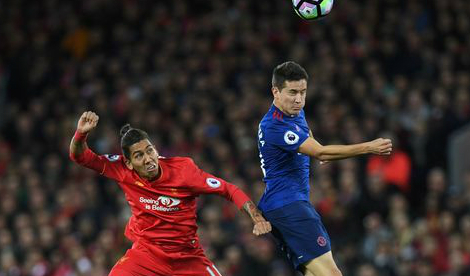 Manchester United could learn so much from the Champions League semifinals this season and teams like Ajax, Tottenham and Liverpool are giving public lessons of how to grow and improve year in, year out.

The fact that the all-English final will be played in Champions League brings us to memories of the last time that happened. It was in 2007-08 and then it was Chelsea and Manchester United squaring against each other in Moscow. We all know how that went and since we have seen Devils go against an incredible Barcelona in two finals and then fail to reach the semifinals in the next eight seasons.

Since then we had seen teams like Borussia Dortmund, Atletico Madrid and now Tottenham all reach the final showdown and Man United have been nowhere near it. It is another testament of how things have changed and how Man United allowed themselves to fall from the elite group of clubs of European football.

Ajax And Tottenham Show How To Overachieve

And if we take a look at the semifinals, not only will we see some incredible drama that could not be scripted, but we will see two teams playing against one another, after overachieving massively to reach the round of final four. Ajax usually make less income per year than the bottom-placed Premier League club and through careful planning, belief in a clear system and measured risks – such as giving Dusan Tadic a salary bigger than their usual ‘ceiling’ – they have managed not only to reach semifinals, but to outclass Real Madrid, Juventus and be seconds away from the grand finale.

On the other side, Mauricio Pochettino once again proved why many Man United fans wanted to see him move to Manchester this summer before Ole Gunnar Solskjaer was given the full-time job. He managed to get a team that was on the brink of getting eliminated in group stages (they had one point after the first three rounds) through to the final, with a small squad that has not been changed since the summer of 2017 and also had multiple injury problems, stadium issues etc. Pochettino’s belief in his ideas and his players, coupled with courageous football maybe still did not bring them any silverware, but his results so far have been truly miraculous.

In the end, there are Liverpool. Man United’s nemesis are actually a perfect example of how great of a job could be done with careful planning and progressive thinking. The team that was ridiculed after the summer transfer window of 2014 – when Suarez left and the likes of Balotelli, Fabio Borini and Rickie Lambert were spearheading the attack – learned how to change, how to put a measured process into everything they do and then stick to it. It all sounds awfully different to what the Devils have been up to and now Man United will be watching a team full of smart buys such as Sadio Mane, Mohamed Salah, Andy Robertson, Georginio Wijnaldum and others play in Madrid on 1 June.

Manchester United have the resources to return where they belonged. Right now, they need to learn from those that actually belong at the very top of European football.