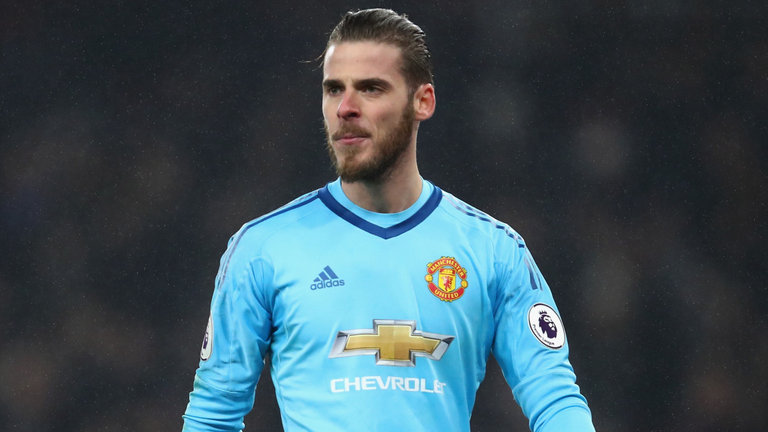 Manchester United failed to beat Chelsea in a match that could have catapulted them back in the mix for the top four finish, as Juan Mata’s opener was followed by a Marcos Alonso goal.

This was another horrific day for David De Gea. In a match where Devils had an early lead, he was supposed to be there for his teammates and be of help for a clean-sheet, that would mean victory. But instead, De Gea conceded a goal after a terrible mistake. A shot from Rudiger from way out was going right at him, but the Spaniard failed to make a save, the ball going to Marcos Alonso who scored to make it 1-1.

The fact is that if there was no mistake like that one, he maybe could have even had a good day out, as Chelsea really struggled to create good chances. They did not create it in that instance either, De Gea created it for them. This was his third mistake leading to a goal in the last 10 days and such poor run of performances came at the worst possible time.

Marcus Rashford Offers Nothing On A Big Day

Solskjaer opted for a 4-3-1-2 formation, with Marcus Rashford and Romelu Lukaku starting up top. That was a good move, giving Juan Mata a role he likes the most, but also giving Lukaku chance to move to the right flank, where he can often be the most dangerous. But Rashford on the other side did not enjoy a good match. He ended up moving to the right flank way too often and that side of the pitch is where he cannot offer the best performances. Rashford had just one shot from distance that did not trouble Kepa and apart from that, he was too often losing the ball and making wrong decisions. No wonder he was substituted after 65 minutes.

This was a horrible afternoon for Gonzalo Higuaín as well. The Argentine striker is not enjoying his time at Stamford Bridge since joining on loan from Milan and this match will make his case of staying in London even harder. Higuaín did not do a single useful thing on the day when Chelsea needed goals badly. Former Real Madrid striker had just 28 touches in this match, but that was made much worse by the fact they did not yield anything truly good – he lost possession on four occasions, had two of his three shots blocked, with the last one being a 97th minute big chance to win the match for his team.

Manchester United maybe didn’t lose this time and maybe there were improvements, especially attitude-wise, but that does not mean the team is getting anywhere nearer to Champions League football from they were last week. With a draw against Chelsea, they remain three points behind the Blues, with just two rounds of matches left to play. That is not something that cannot be overturned, but considering everything we have seen this season, it is highly unlikely.

Only Arsenal’s three consecutive losses have made this situation somewhat possible for the Devils. Had Unai Emery’s side been in better form, the race for top four could have been officially over by now.