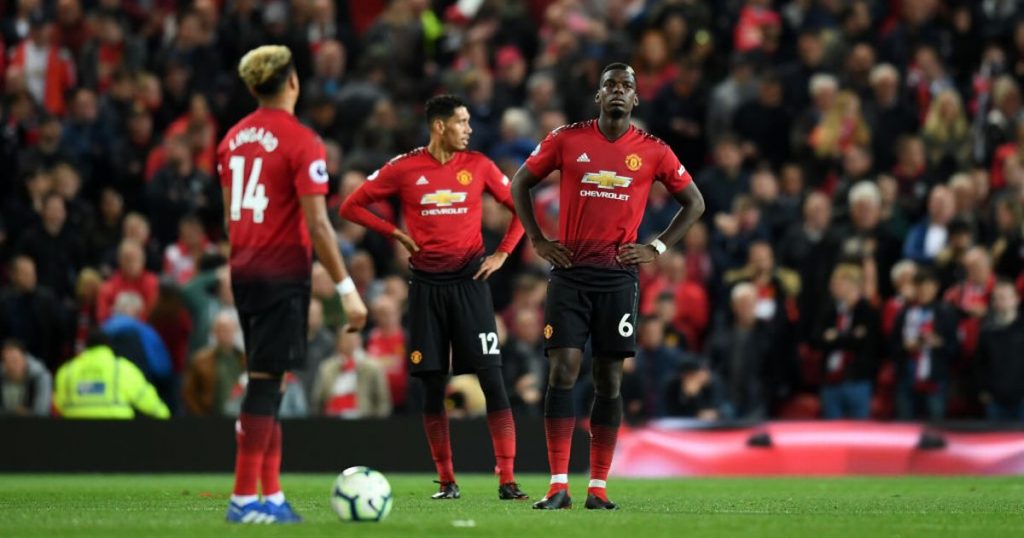 Manchester United are back to where they were four months ago. After a disastrous 4-0 defeat at the hands of Everton, the Devils look like a team that was falling apart for some quite time, as Richarlison, Gylfi Sigurdsson, Lucas Digne and Theo Walcott all scored to make it a miserable Sunday for the visitors.

Thanks to losses of Tottenham and Arsenal, Man United are still very much in the game for the Champions League qualification, but if they continue performing like this in the remaining four matches – especially on Wednesday against Man City – then Europa League will have to be enough for them.

Manchester United’s Squad Does Not Have Character

Manchester United have a squad full of players unwilling to stuck in when it is necessary. As soon as things go a little bit wrong, their performances keep getting worse, their attitude is not worthy of Man United’s shirt and no wonder Ole Gunnar Solskjaer has a big job ahead of him. Against Everton it was as low as it can get, as the Toffees scored at will, with four different players, making this one of the most miserable days of the season for the Devils.

The 3-1 loss at West Ham now seems distant and this beating will hurt. Man United were simply sad to watch and spineless when things went horribly wrong.

Nemanja Matic Has A Day To Forget

Nemanja Matic has been having a lot of issues this season. There were some patches of decent form here and there, but in general his season has been dominated by either injuries or poor performances and this one against Everton was especially stark. He made a big mistake that led to a goal and he often looked late to make challenges and close the paths towards goal. The defensive midfielder will be 31 this summer and it will be interesting to see how his future will pan out.

In general, that midfield was almost non-existent. Fred tried as much as he could, but Paul Pogba’s defensively uninterested performance was another factor making things more difficult. Pogba did try to create some chances, but he was not good enough in that department either. In a 4-3-3 formation, his defensive performance was lackluster and the forwards did not enjoy their match either. Anthony Martial has been terrible ever since getting that new contract, another indicator of when and how much he can improve his performances. The fact the first shot on target came after 85 minutes sums up Man United’s attack perfectly.

As much as United were terrible, Everton were brilliant. They played with confidence and maturity, they controlled the match and won their third consecutive match against a top six team, all without conceding. Now, Marco Silva’s team sits in seventh place, which will be bringing Europa League qualification if Man City win the FA Cup. Sure, they have played one game more than Watford but considering their form, Toffees could very well end up where they thought they would be once the season had started.