Manchester United are looking unstoppable at the moment and their recent 1-0 win over Tottenham made it five consecutive win on a row for Ole Gunnar Solskjaer’s men. The Red Devils look set to challenge for a Top 4 finish playing at this level, and they will aim to extend that run of fortune this Saturday when they take on Brighton. This game at Old Trafford will kick off on Saturday at 15:00 BST.

Manchester United will celebrate the return of Eric Bailly, who recently served a three-match ban following his red card against Bournemouth. However, Marcos Rojo remains out due to his injury, and it remains to be seen whether Chris Smalling will be ready to go. The former Fulham defender has missed several games with a foot injury, and there’s no question Solskjaer wants to give him as much time as he needs in order to recover completely. Speaking of full recoveries, the Norwegian tactician “believes” Alexis Sanchez will be fully fit for this match after a full week of training. The Chilean forward missed last week’s match against Tottenham after aggravating a hamstring problem against Reading in the FA Cup.

On the other hand, Brighton won’t have Matthew Ryan and winger Alireza Jahanbakhsh, who are at the Asian Cup with Australia and Iran respectively. Colombian forward Jose Izquierdo, who has a knee injury, and Malian midfielder Yves Bissouma, who is dealing with a hip problem, are also expected to be sidelined. One player likely to return, however, is Bernardo. The Brazilian has been dealing with a minor hamstring problem, but is expected to be fully fit for this one.

Manchester United are playing at a very high level right now. After all, they are currently riding a five-game winning streak at the Premier League level. Plus, they also conquered a solid 2-0 win over Reading in the FA Cup amid this run. The Red Devils are coming off a huge 1-0 win over Tottenham at Wembley, and have now kept three consecutive clean sheets for the first time this term. For what is worth, Solskjaer’s men sit in sixth place of the standings with 41 points. They are tied with Arsenal, but sit below them solely on goal differential (United has +12, Arsenal has +14).

Meanwhile, Brighton have struggled during the current term and if the season ended today, they would end in the bottom part of the standings. Before this round, The Seagulls sit in 13th place with 26 points (-6 GD) thanks to a W7, D5, L10 record. They are coming off a narrow 1-0 defeat against Liverpool the last time out, and that loss ended their four-game undefeated run. But they have had their fair share of struggles when playing on the road. In fact, they have only picked up one point from their last three away league games, drawing 2-2 at West Ham after a 2-0 defeat at Bournemouth and 1-0 loss at Burnley.

Historically, the Reds have a strong record against the Seagulls, ahead of what will be only our 21st meeting. United have won 12 of the previous 20 encounters, drawing five and losing three. Manchester United have lost in their past two trips to AMEX Stadium, but have secured the win in each of Brighton’s last two visits at Old Trafford. Can they keep that run alive?

Manchester United have not lost since the interim appointment of Solskjaer. Fresh off a huge win against Tottenham, all signs point to Manchester United extending their winning run. They have their confidence at a season-high mark, and their opponents have struggled on the road of late. Therefore, expect Manchester United to secure the three points here. 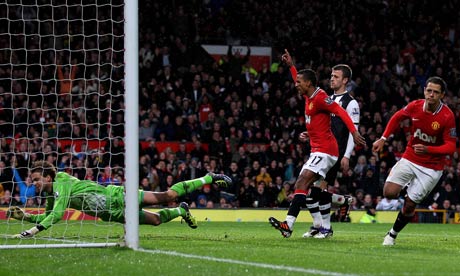