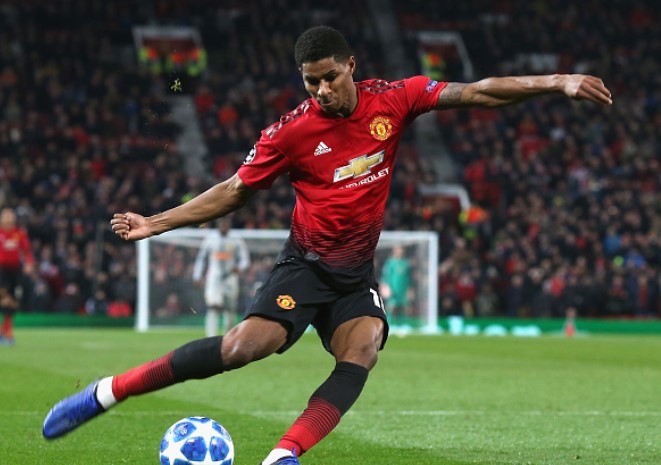 Manchester United won 5-1 at Ole Gunnar Solskjaer’s debut in charge of the team and it was a good reminder of how long the Devils have waited for such a spirited performance. It was only Cardiff, true, but this was a team that seemed eager to play football, rather than get on the pitch and start waiting for the match to end.

Yesterday we talked about the four things we have learned from the match, but today is the time for us to take a deeper look into statistics of this big win and what we can learn from the numbers.

We have mentioned this before – expected goals are not a perfect tool for measuring single matches. And that is what this match is showing us. In terms of xG, Man United “won” 2.29 to 1.26, which does not seem like a big difference. But there are some things that need to be mentioned – first, United did score some goals from low-quality chances, Rashford’s early free-kick strike being the obvious one. That shot had a value of just 0.04, but it was brilliantly taken.

Also, it was 3-1 at half-time for Man United and thus they did not have to play with as much urgency in the second half. Both second-half goals came from really good chances, including a penalty and thus a lower xG, while Cardiff’s 1.26 is heavily influenced by a 0.76 worth of penalty. It is important to note that United’s xG per shot (penalty excluded for obvious reasons) equals to 0.10. That is not too great, but Martial’s and Lingard’s goals from open play came after good moves, which could be important in the future.

This was a post from Ivan Zezelj on Twitter and his short analysis of differences between Pogba’s movements against Southampton and Cardiff. While this is a small sample, it is a good comparison. You can see how much more Pogba was involved offensively, taking up positions higher up the pitch. Jose Mourinho never truly trusted Pogba and did not want to tweak the system so the Frenchman can play closer to opposition’s goal.

It was not all up to Mourinho, as there is always a bit of guilt with Pogba and his mentality on the pitch, but it was a difference to see him spraying around and being involved in a more meaningful, effective way.

Captivated Pogba vs Liberated Pogba or Pogba vs Southampton/Pogba vs Cardiff.

The difference is obvious. Jose Mourinho's tactics did not allow him anything in the attacking phase. OGS is smart enough to recognize where you use Pogba to get the best out of him. #mufc #CARMUN pic.twitter.com/r5tSRVHO6W

We talked last night about Jesse Lingard and how Manchester United could utilize him in a proper system and what kind of player he could be for the Devils. But now is the time to mention Marcus Rashford. The local boy played his 100th match for Man United on this day in 2017 and has since added another 44 in the red shirt.

He could become the embodiment of the new generation of players and he truly showed that against Cardiff. His precise free-kick was a great start for the match and his talents are not doubted. What he needs now is what need most United players – continuity and consistency. With that, Rashford could become a key player in the following decade.