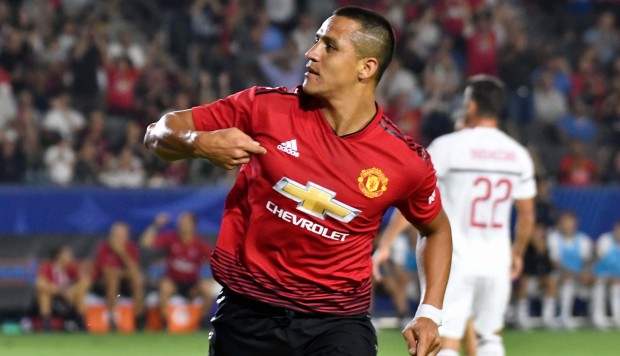 Manchester United finally won a Premier League match, about which we wrote both on Saturday and Sunday. New week and new stories to look at and today we will be taking a look at four things Manchester United could do this January that would be positive for the team. They do not necessary need to be about signing players per se, but that will be included too.

There is a lot of talk about what will United do in the transfer market, how will Mourinho and Ed Woodward cooperate and which stories will turn out to be truthful? Let’s see those four things we would not be against this January.

Yes, the big one for that start. Manchester United signed Alexis Sanchez last January and by the next one it could already look like the sides will part ways. And Man United would not be crazy to rush that. Sanchez is very far from a player he used to be, now he is also getting injured more often and the Devils should not be spending all that money on him.

At the turn of the year we talked that this was a move more saying “buy him so Man City cannot buy him” rather than “we desperately need him”. And in the end, it turned out like that. Sell him, free up some wages and start planning properly.

Okay, this is a tough one and Man United might need help of Liverpool. If the Reds beat Napoli 1-0 or by any result with a two-goal difference or more, they will go through and Napoli almost certainly move to Europa League (as PSG will play Red Star and probably beat them). That could mean Napoli are no longer chasing Champions League glory and getting Kalidou Koulibaly from Naples would be slightly easier.

It is still reported it would be a sum of around 90 million pounds, but nevertheless, United could go for the ‘Liverpool model’. Get a world-class centre-back, pay premium price, instantly improve your defence for the last six months of the season and then in the summer you will have time to integrate him even better.

This is a less obvious one, but it looks like Andreas Pereira will not be getting a lot of playing time this season. This means Manchester United could easily loan him out. There are still Fred and Scott McTominay as options and that would also be for Pereira’s best. He would be actually playing elsewhere and potentially earn a transfer next summer.

Signing Ndombele For The Summer

Tanguy Ndombele is being mentioned as the new Man United target these days. The 20-year old defensive midfielder plays for Lyon and is doing great this season. He is very physical, but also technically astute and Man United do look like they could also improve in that area. Why not sign him this January and then put a mandatory clause for Ndombele to stay at Lyon until the end of the season? All sides would be happy and Man United could already start planning for the next season.