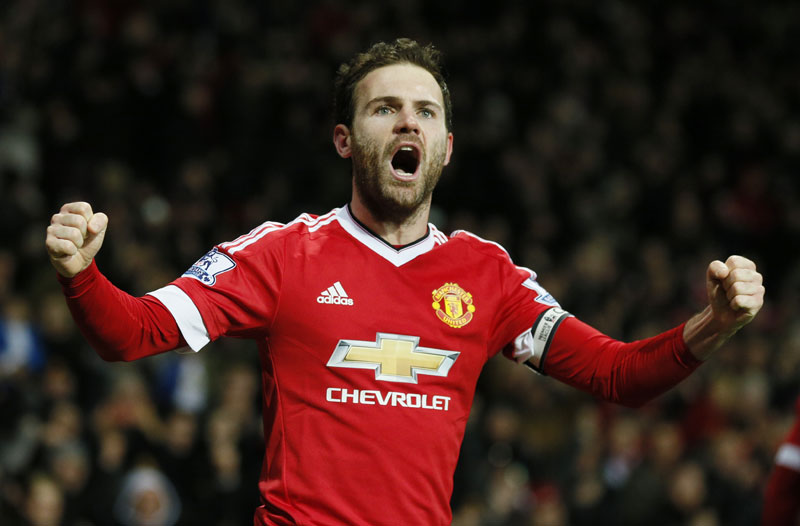 Manchester United finally did what was expected of them for such a long time, beating a big European side away from home, winning 2-1 in Turin against Juventus in what could eventually be one of the key points in the season. Goals through Juan Mata and Leonardo Bonucci’s own goal were enough to make a late comeback after Cristiano Ronaldo’s beautiful opener.

In a match where Juventus were a better side and could have easily had a bigger lead late into the game, it was Manchester United who once again showed the spirit of some older times and made a turnaround that has helped them get much closer to the last 16 round of the Champions League. Here are our key points from this match.

Anthony Martial Unafraid Of The Stage

It was the Frenchman again who played an important role in Man United’s display and this time at a big match away from home. We all know who is Anthony Martial, what kind of talent he possesses and where that could lead him in his career. However, it was important to see him with a superb performance against a team like Juventus.

He dazzled on the pitch, especially in the last 15 minutes of the match, taking on players and dribbling past them in attacking areas. He was proactive, trying to always create something and he also had a one good shot. It was also after his lovely run that he was fouled and from that free-kick came United’s equalizer.

It was not a surprise to see Cristiano Ronaldo in form he was in against his former club. He was also the one to score against Red Devils when he was Real Madrid’s player and this time he repeated that in the black-and-white jersey. And what a goal it was. It could be argued that was everything Ronaldo truly is as a player, a precise shot of great skill, hitting a volley from ball coming from behind his back, doing it so efficiently that everyone was just able to appreciate the beauty of the goal.

Ronaldo also did well overall. He had eight shots throughout, four of them coming from the inside of the box. His movement was not solely designed for around the box, but he was also helping out on the flanks too. At 33, he does not look like slowing down.

It was good seeing Jesse Lingard back in the starting XI. He was deployed on the right wing instead of Juan Mata and Mourinho’s thoughts there were probably about Lingard being more dynamic and quicker for fast counter-attacks. And in theory that is all well and good, but in reality it did not bring much. He played for 70 minutes, but he made a mere 35 touches.

That really paints the picture of how involved he was, having the least amount of the ball of all Man United starters. Not only that, but he was also too far from Juventus’ goal, with just two of those touches being in their box. That is also influenced by the team’s overall performance, but this was not a great outing at a time when Mourinho has in-form players in attacking positions at disposal.