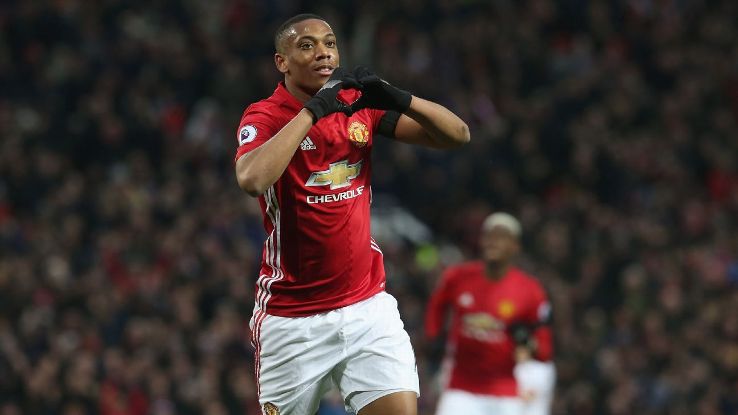 Manchester United are preparing for their first Monday night match of the season against Tottenham Hotspur. Here is a round-up of news around the Man United camp.

Martial Is Ready To Wait

“Anthony Martial is prepared to bide his time over his future at Manchester United after feeling emboldened by the club hierarchy’s refusal to bow to Jose Mourinho’s wishes to sell him.” At least, that is what the latest news from The Telegraph claim is the case. According to them, Martial will not rush himself into making any decisions this summer, about leaving the club.

Apparently, the Frenchman was eager to leave earlier this summer, as Mourinho reportedly did not want him at the club anymore. The club were feeling uneasy about letting him go easily, especially as he is still very young and could prove to be a huge success at another club. There were talks of United being ready to sell him, but only to a foreign club, instead of making their competition stronger.

After the recent situation between Jose Mourinho and the board, most notably Ed Woodward, Martial is ready to sit tight and wait to see how things will pan out. There were also talks between the player and the club about the new contract, but there were no solutions found to that problem. Most importantly, Martial was fined two weeks’ wages – around 180 thousand pounds – for leaving the US tour without the manager’s permission.

It seems that Woodward and the board feel that Martial could still be a hit for Man United. At 22, the Frenchman is still far from his peak years. Last season he scored nine goals and made five assists in 30 Premier League appearances. However, just 18 of them were starts. He made just 36 Premier League starts in two seasons under Mourinho and no wonder he wants to play more often. Still, Martial could want to wait for another six months or a whole season and see the direction in which the club will go before making the big decision.

Fred Realizes Where He Came

Fred has joined Manchester United this summer as their prime transfer. He came from Shakhtar Donetsk and he might still need time to get used to the Premier League football. So far, Fred seems to be understanding well where he came.

“It’s normal, we lose a game, people will hit us because it’s a great team, it’s a giant here in Europe. So it’s normal, they will speak”, he said for ESPN Brazil.

“The press likes to talk, right? But the people in the dressing room, it’s a great atmosphere.

“From what I’ve seen, since I arrived, no one has any issue with anyone inside the club – inside the locker room, on the pitch. On the contrary, it’s everyone trying to help each other”, he added.

So far, Fred played some decent football against Leicester, showing he will be able to improve Man United midfield. Against Brighton, it was a different story, as it was with everyone else.