Spain suffered far more than expected, but they finished at the top of Group B thanks to one win and two draws. La Roja will now aim to push their way into the quarterfinals, but they won’t have an easy opponent since they will take on Russia. Perhaps Russia are not the strongest team when it comes to talent, but playing at home could give them a plus. Kick-off for this game at Luzhniki Stadium will be at 15:00 hrs (BST).

Would it be fair to call Spain’s performance in the Group Stage as a disappointment? Perhaps that’s a strong word considering they still topped Group B ahead of Portugal, Morocco and Iran. But there is no question that it was an  underwhelming performance. They wasted two leads against Portugal in the opener to settle for a 3-3 draw, barely defeated Iran 1-0, and came from behind to escape with a 2-2 draw against Morocco thanks to a stoppage-time goal from Iago Aspas. Fortunately for Spain, they will have a relatively easy opponent in Russia – they could have had Uruguay as their opponent hadn’t it been for Aspas’ goal – but there is no question about how Spain must approach this game. They can’t get complacent based on their rivals, and they need to do a solid job on both sides of the ball. They particularly need to improve on defence since they have conceded five goals already in only three matches. Will they live up to the lofty expectations around them as they seek a spot in the quarterfinals?

Recent reports have indicated that Spain are at full strength for this one.

Russia are one of the toughest teams to analyse during the 2018 FIFA World Cup Group Stage. The hosts had no problems to top both Saudi Arabia (5-0) and Egypt (3-1), so they became the first team to clinch a spot in the knockout stages. However, they faced Uruguay – a considerably stronger opponent – in their last Group Stage match and suffered a sounding 3-0 defeat. That loss created all sorts of alarms for Russia, as now there is no real idea on whether which side will show up against Spain. Will they play like they did against Saudi Arabia in the opener with a positive approach? Will they struggle like they did against Uruguay? Or will they sit back and try to play on the counter, perhaps knowing that they are underdogs in this one? It remains to be seen which tactic they will adopt. But there is no question that Russia must be intelligent ahead of this game. They could create a massive shock if they eliminate Spain but in order to do so, they need to play at their best from start to finish.

Russia won’t be at full strength ahead of this game.

Igor Smolnikov is suspended after he was sent off against Uruguay. And Alan Dzagoev will be a game-time decision due to the injury he sustained in the tournament opener against Saudi Arabia. Either way, the CSKA Moscow playmaker is not expected to start.

Russia could have a shot to pull the upset in this one since they will play at home. However, Spain are far better, and shouldn’t have many problems to walk away with the win here.

Expect La Roja to win and at least four goals scored in what should be a very open game. 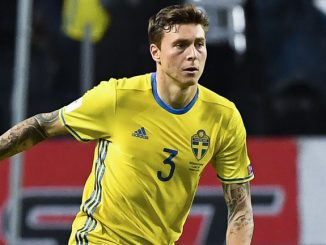 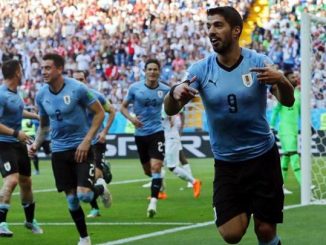