Undoubtedly, Brazil are one of the biggest favourites to win the 2018 FIFA World Cup title and they will start their campaign this Sunday. La Canarinha, squared in Group E, will begin their journey against a Switzerland side that will try to limit the impact of players such as Neymar, Gabriel Jesus and Coutinho, among others. Kick-off is scheduled at 7 PM (BST time) and the venue will be Rostov Arena.

Who could question what Brazil could do in this tournament? Aside from having one of the best teams in the world on paper – even if we consider the absence of Dani Alves due to injury – they also have the numbers to back up their status as candidate. Tite’s men breezed through the CONMEBOL World Cup Qualifying campaign (W12, D5, L1) and have also looked in top form as well during the pre-World Cup friendlies where they have defeated the likes of Germany, Croatia and Austria. They have not conceded a single goal in their last five matches as well, so Brazil have the looks of a solid team on both ends of the pitch. And if that was not enough, they will also have Neymar at full strength. The PSG star scored against both Croatia and Austria, and seems ready to grow his legend playing for La Canarinha. At least on paper, they have all the looks of a serious WC contender.

Brazil will be at full strength ahead of this game, at least when it comes to their regular starting XI.

They are a doubt for the bench, however. Recent Manchester United signing Fred is doubtful to be on the bench since he’s dealing with an injury.

There has been a lot of talk regarding how Brazil looks like one of the best teams in the tournament. And even though Switzerland are not on the same level as La Selecao, they shouldn’t be counted out that easily. For what is worth, the Swiss side won nine out of ten matches in the UEFA World Cup Qualifiers and even though they finished with 27 points, they had to decide their fate on a play-off round against Northern Ireland to secure their berth in this tournament. Their performance in the pre-WC friendly matches has been nothing short of impressive, going unbeaten in four matches (W3, D1). Their best result was a 6-0 thrashing of Panama back in March and even though Brazil are a much better team than all of the ones they previously faced, Switzerland have already proven they are not afraid of anyone. Can they pull a major upset against one of the top title candidates in their opening game?

Switzerland are at full strength ahead of this game.

There could be a few manager’s choices here, though. Manuel Akanji and Johan Djourou are vying to start at centre-back, and the same goes for the starting striker role between Haris Seferovic and Mario Gavranovic.

Brazil have yet to concede a goal in their past five matches, and Switzerland have allowed just two goals in their last five. Furthermore, if we combine the last five games for both sides, then we can see that only one side has scored in seven of those matches.

Expect that trend to continue here. 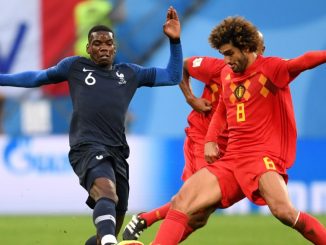 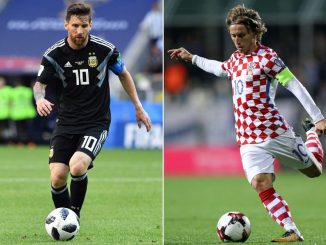