The international break is finally over. With matches finished on Tuesday, so are the duties of players for their national teams and they will go back to their clubs. This means that Manchester United are also coming back in Premier League. They will play Swansea City this weekend, a team they managed to beat 4-0 in early weeks of the season.

Here are some things we learned about Manchester United players from watching them in action for their national sides.

Jesse Lingard Can Be A Big Player For Manchester United

Sir Alex Ferguson knew this many years ago and this season everyone seems to be understanding this. After the matches against the Netherlands and Italy, Jesse Lingard really showed that he can become a big player for Manchester United. There was a sense of Lingard not being quite fulfilling when on the pitch in recent seasons, but this term he has really shined.

The Englishman was scoring goals, and some very important ones, but also dragged Man United through rough patch at the end of 2017 and start of 2018. Afterwards, he faded a litte bit, which somewhat expected. Yet, now there is a sense that Lingard is growing into an integral part at Old Trafford and next season could really be the one when he truly shines. At 25, he is about to reach his peak and from all we have seen, he will get better.

Romelu Lukaku Is Ready For The World Cup

Belgium played only one friendly match this March and that was good news for Jose Mourinho. Romelu Lukaku and Marouane Fellaini did not have to play two matches and wear themselves out prior to an important part of the season for United. And if we learned something from Belgium’s 4-0 win over Saudi Arabia, it is the fact that Lukaku is itching for the World Cup to start.

The Belgian striker scored twice in a comfortable win against the team that will open the World Cup against Russia on 14 June and he will be eager to face Tunisia, Panama and England.

This Is Not Alexis Sanchez’s Season

We all had a sense of this for some time now, but the matches Chile played against Denmark and Sweden confirmed. Alexis Sanchez is not having a great time this season on the pitch and everything he does often feels to be going wrong or is just about to. His performance from United were uninspiring to say the least and against the Nordic sides, Sanchez did not do much. He was unable to change things around and the growing sense is that United must wait for next season if they are to see the best out of the Chilean.

Nemanja Matic played in both Serbia’s matches for about 60-65 minutes. Against Morocco he struggled in a super attacking minded 4-3-3, while he did look better against Nigeria on Tuesday. The reason for that the more balance Serbia had playing a 4-2-3-1 with Luka Milivojevic alongside him, but also because of a better structure from the whole team. That is something that United will want to replicate. 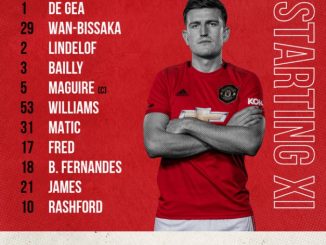