Manchester United have been grabbing headlines during most of January due to their pursuit of Alexis Sanchez.

The Red Devils are reportedly close to acquire the Arsenal winger. However, that is not the only transfer they have been working on in recent days. Manchester United acquired a new player this Wednesday; or better said, they recovered a player that started the season with the club but was sent out on loan. Per several reports, United have recalled left-back Cameron Borthwick-Jackson from his loan at Leeds.

Both clubs confirmed the end of the agreement. And by all accounts, it was an unsuccessful loan spell for the talented defender. The 23-year-old was due to spend the whole season at Elland Road after switching from Old Trafford last summer but played in just six games.

In fact, only one of his six appearances came in the Championship. It was clear Borthwick-Jackson was not a big part of the manager’s plans. As such, the club recalled him in what was a very intelligent decision. Perhaps Borthwick-Jackson is not ready to play with the senior team right now, but if he is not going to play, then why send it out on loan?

It remains to be seen what the future will hold for the 23-year-old. Perhaps he stays with the team considering United can always use a bit more depth at the back. However, that seems pretty unlikely. He needs to play on a regular basis to determine whether he can progress to become a first-team member, or if he will just become another Academy graduate who has to leave in order to settle as a first-teamer elsewhere. Several Academy graduates have done that in the past, and names such as Danny Simpson and Ryan Shawcross are two of the most popular.

The one thing that’s clear is that his future is not looking bright at the moment. And that all signs point towards him leaving the club sooner than later. 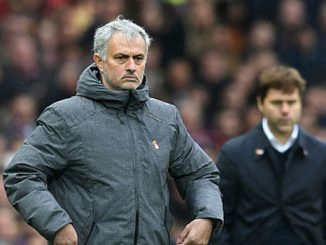