Manchester United let another game slip away on stoppage time. For the second time during the same week, The Red Devils saw how a win disappeared in one of the last plays of a game. It happened on Wednesday against Bristol City, and it happened on Saturday against Leicester. United should have won the game, but they missed an incredible amount of chances and ended settling for a draw.

The Spanish goalkeeper didn’t have his best game in this match. It’s hard to blame him for the first goal since it was a quick counter-attacking play from Leicester, and in the second goal he didn’t receive any sort of help from his defence although he could’ve rushed out to attack the lobbed ball into the box.

Played as a right-back due to Antonio Valencia’s absence, but some of his best moments came as a centre-back. Blocked a key shot that could’ve been a goal for Leicester in the second half. Also committed a foul that could have granted him a red card during the first 45 minutes.

Registered eight clearances and two interceptions. However, he deserves blame for the sequence that ended in Leicester’s goal on stoppage time. He lost reference on who he was marking, and that allowed Harry Maguire to sweep right behind him for the goal. He should’ve been better.

He was left behind by Jamie Vardy on the sequence that led to Leicester’s first goal. Decent the rest of the way, although it’s fair to say the entire defensive line from United struggled in this game. Finished the game with six clearances.

Another composed performance from the former winger. Young closed his flank effectively and did not suffer defensively, while also helping on the attacking end in every chance he had.

Pogba was all over the pitch in this game, although he mostly moved on the right side. He helped defensively when he had the chance, but most of his best moments came on the attacking end. He tested the opposing keeper often, as evidenced by his tally of four shots, and was an important presence in the middle of the pitch.

Quite hard to rate Matic in this game because his presence wasn’t felt at times. He did a good job to limit the impact of Riyad Mahrez through most of the game, and he looked accurate on most of touches since he completed 86% of his passes. Matic also won eight of the nine duels in which he engaged in, and finished the game with three interceptions as well. He was definitively a force in midfield.

Man of the match performance for the former Chelsea star. He equalised the game with a low shot from inside the box in the first half, and later curled a stunning free kick over the wall to put The Red Devils up 2-1 in the second half. Aside from the goals, he looked impressive on the right wing, and was the team’s driving force on the attacking end.

The winger looked active in the first half, and created some interesting scoring chances during the first half. He assisted on Mata’s first goal, and overall he looked like a competent presence in the final third. Doesn’t seem like he is going to leave the starting XI any time soon, despite the fact that he missed a one-on-one in the second half that would have put United up 3-1.

The French international once again looked inaccurate in the final meters. Unless he improves dramatically in the next few weeks, he could find himself out of the starting XI sooner than expected. Missed a clear chance in the second half, though. He sent a shot over the ball facing Kasper Schmeichel all alone.

Despite the fact that he didn’t score, Lukaku had one of his best performance in quite a while for United. The Belgian striker looked active on and off the ball, and generally dropped deeper to connect with his teammates. Delivered a couple of great passes to his teammates, and could’ve ended with one or two assists had Lingard, Martial, or Henrikh Mkhitaryan had been more accurate in their finishing.

Marcus Rashford played a little bit more than 20 minutes, but failed to make much of an impact and wasted the lone clear chance he had. Meanwhile, Ander Herrera and Mkhitaryan entered during the final minutes, but neither did enough to deserve a rating. 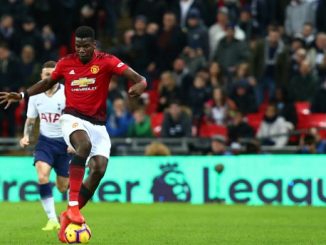