Manchester United loss their second Premier League match on Sunday afternoon, after a 1-0 defeat to Chelsea at Stamford Bridge. Alvaro Morata’s only goal was enough for the Blues to seal the three points. Right now, the new international break has arrived. It seems this is the perfect time for Manchester United players to have it.

After a tumultuous October and very differing displays, the players will leave the club for international duty. The next match Manchester United will play will be against Newcastle in 12 days and that should be used for “resetting” some things around the squad.

Plenty To Be Learned From Previous Month

Manchester United did not excite during October and early November matches. It was a month filled with uncertainties, away losses and decent, but not too amazing wins. Since the last international break, Manchester United have played seven matches in all competitions. They won four of them, but only one of them was in the Premier League, as Jose Mourinho’s team continued doing well in League Cup and Champions League.

What Mourinho must have learned from his team is the over-reliance on man – Paul Pogba. Manchester United knew they would miss him when he got injured in mid-September. Yet, no one really knew to which extent. October really showed that. Manchester United have scored just six goals in these seven matches, failing to find the net against Liverpool and Chelsea. Now, the team must be aware of their weaknesses going forwards. Romelu Lukaku has not been able to get into chances, Henrikh Mkhitaryan went missing since Pogba got injured as well and the players must now their limitations.

This is still a great side, but the zest and flair are much needed. Defensive solidity has not been a problem for a while now.

Paul Pogba Is Coming Back For Manchester United

This will make all the Manchester United fans happy. However, it is also a problem, because in recent weeks the Frenchman became a sort of magic potion for this team. There is a sense of “everything will be fine when Pogba comes back”. He is a wonderful player Man United have been missing in recent weeks, but great sides should not rely only on one man.

Manchester United will get his guile and drive into the starting XI and hopefully start playing scintillating football once again. Pogba now seems like the only proper leader in this team (Zlatan Ibrahimovic excluded). His personality is needed on the pitch, but other players simply had to up their game in Pogba’s absence.

Key Part Of The Season Is Around The Corner

After the international break comes the crucial part of the season. There will be several November matches before the hectic December and January kick in. Between now and the New Year’s Day, Manchester United will play eight matches in the league, two in the Champions League and another one in the League Cup. It will be important for them to get back on winning path, especially in the way they were winning in August and September. 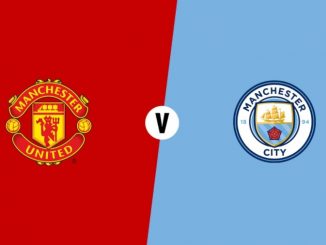